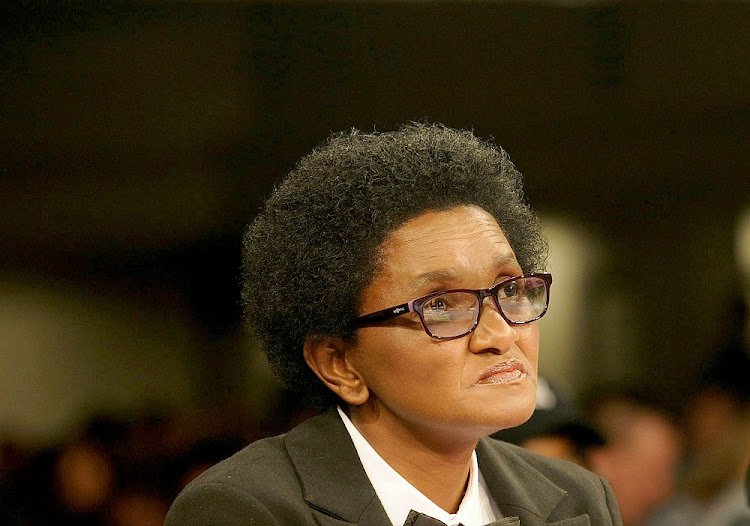 Siya Vabaza-Booi has unapologetically cracked it big in the historically male-dominated fistic sport of boxing.

Vabaza-Booi has gone on to win multiple awards, even beating her male compatriots.

What also sets her apart is her longevity – the Duncan Village-born ring official has been in the game since 1989. Along the way, she has had to contend with discriminatory rules and attitudes, including the infamous Boxing Act of 1954 which barred women from being part of the game at any level.

“I broke down those barriers and became the first female ring official,” Vabaza-Booi said.

“It was not a bed of roses. Males did not understand what a woman was doing in the ring. After having officiated in many provincial and SA title fights, Vabaza got her first big break when she was appointed as one of the three judges when Zolile “Bone Crusher” Mbityi welcomed Russian Igor Gerasimov at Mdantsane Stadium in 1995.

“But my highlight was when I officiated a fight featuring Welcome “The Hawk” Ncita against Carlos Rocha at Fort Hare University also in 1995,” she told Sowetan.

“That was Ncita’s second fight after he had lost the IBF junior featherweight title to American Kennedy McKinney in 1994. I grew up with Welcome,” said Vabaza-Booi who was also privileged to be a judge during one of Cassius “Shy Guy“ Baloyi’s fights as the IBO holder.

Vabaza said she was now at the level where she can proudly say she has done it because she has worked for all existing world sanctioning boxing bodies.

“There is nothing much more to do now. My challenge is with BSA. I have reached the ceiling. As much as I appreciate what people see in me by nominating me for awards, I need to make way for fresh blood – Pumeza Zinakile and Namhla Tyuluba.

“My challenge is with BSA to give me the Lifetime Achievement Award  so that I do not get nominated  for any award.

“I really need to make waves for young females.”

Vabaza-Booi studied sport and she has a diploma in marketing and administration from Walter Sisulu University.

Top East London boxing promoter Thembalethu Ntuthu was crushed after he lost out to a rival at the Boxing SA awards three years ago and he was ...
Sport
2 years ago

The aunt to late former SA flyweight and WBU junior bantamweight champion Gabula “Slashing Tiger” Vabaza - Suya who has two boys  got married to Mandla Booi who once fought against Peter “Terror” Mathebula in 1983.

The ring official of the year award which Vabaza won against men, was divided into two after first female chairperson of BSA Muditambi Ravele was put to the helm by minister Fikile Mbalula whose actions was a vote of confidence and recognition to females within the sport of boxing.

Ravele introduced the female ring official award - separate to the male category - so that females who did not get as much opportunities to officiate as their male counterparts - can compete amongst each other. Many females - Vabaz, Sylvia Mokaila and Zinakile won it. Vabaza walked away with it in 2018 in May.