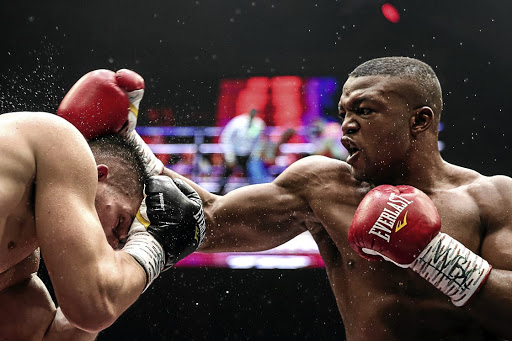 Africa could have one or even two World Boxing Council (WBC) champions before Christmas.

It would be 18 years since a supposedly washed up Dingaan "The Rose of Soweto" Thobela bloomed on September 1, Spring Day, by dethroning Briton Glen Catley as the super middleweight holder in Brakpan.

The WBC is represented in SA by doctor Peter Ngatane, who is also the chairperson of Boxing SA (BSA).

Makabu is rated No1 for the cruiserweight belt, while Konkco should by right be the mandatory challenger for mini-flyweight king Wanheng Menayothin of Thailand.

Makabu represents the Democratic Republic of Congo, but the left-hander has fought most of his fights here in SA where he was introduced to boxing by trainer the late Nick Durandt in 2008.

When Nick died two years ago, his son Damien took over and Makabu is one of the many boxers he trains.

Makabu defended his belt with a majority points decision in Russia on Saturday against previously undefeated Russian Aleksei Papin.

The talented and intrepid left-handed champion won that belt against fearsome Russian Dmitry Kudryasho on June 16. Within 10 weeks, Makabu defeated another Russian.

Makabu is at the doorstep of the title that eluded him when he was stopped in three rounds by Tony Bellew in Manchester three years ago.

Damien first paid tribute to the Congolese government as well as Makabu's sponsors for making it possible for them to set up a month-long training camp in Germany.

"Hopefully our next fight will be for the actual WBC title. I'm glad that the fight went 12 rounds because the last time Junior went 12 rounds was in 2013 against Dymtro Kutcher in Monte Carlo."

Makabu has 24 knockouts in 26 wins against two losses.

Konkco is the reigning IBO champion whose career is guided in Johannesburg by Colin Nathan. He is rated highly for the belt that Menayothin won in 2014.

Menayothin has defended it 11 times and remains undefeated after 53 fights.

He has eclipsed the undefeated fight record of Floyd Mayweather Junior which reads 50-0. Menayothin is ranked as the world's best mini-flyweight by The Ring magazine.

That is because Nathan's connections abroad enjoy a cordial relationship with De La Hoya, the former boxer who won six world titles in six weight divisions before becoming a promoter after retiring as in 2008.

Nathan, who was not willing to let the cat out of the bag, instead said "something very good should happen very soon for Konkco".