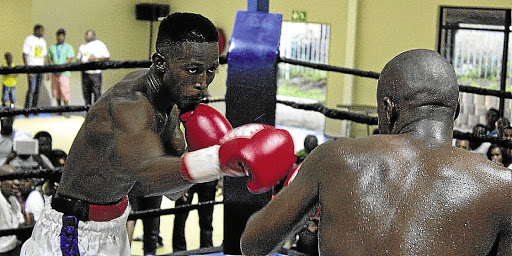 The purse bid to determine the rights to stage Innocent 'Tycoon' Mantengu's mandatory defence of the SA featherweight boxing title against Ayabonga 'Jay Jay' Sonjica has been avoided.

Both the champion and his challenger will get negotiated purses - contrary to a purse bid process where they could even share a small amount as their purse money depending on the interest of promoters in the match-up.

Credit should go to both Boxing SA director of operations Cindy Nkomo and chief executive Tsholofelo Lejaka for professionally defending the rules and regulations that govern the fistic sport in the country.

Eventually, they stamped their authority by advising promoters Meme Dipheko and Thembalethu Ntuthu to find each other on the matter or face going through the purse bid.

Dipheko was adamant that she held the rights since she promotes Mantengu, but little did she know that Ntuthu also has the rights to stage the same fight since his boxer is the mandatory challenger.

The purse bid process was already on, but Boxing SA was only waiting for Friday, which was the last day for the two promoters to invite all interested promoters to start bidding for the fight.

"We will stage the fight at Orient Theatre on September 29," she said of the fight that will be the main supporting act to the IBF junior lightweight eliminator between Azinga Fuzile and Russian Shavkatdzhon Rakhimov.