Fighting schoolkid enjoys his books as much as hooks 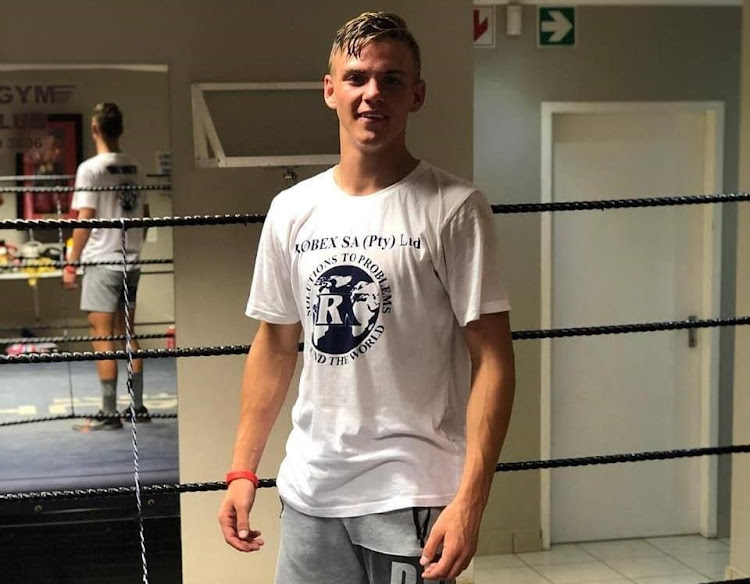 The punching schoolkid Cayden Truter took the day off classes on Monday to attend a pre-fight press conference at Emperors Palace.

The Grade 11 pupil at EG Jansen High is only the opening act on the show at the casino on Friday night‚ but those familiar with the junior-lightweight believe he will find title glory further down the road.

But the talent on the undercard is pretty impressive too.

Truter‚ who won his debut on a first-round knockout in June‚ takes on Limpopo-based Lopez Maluleke‚ fresh out of the amateurs.

“I know nothing about him‚” said Truter‚ who will also miss a few classes to attend the weigh-in on Thursday and then take Friday off as he rests ahead of the bout.

“It’ll be a short week‚” he said with a smile‚ adding he was as confident with his books as he is with his hooks.

And he likes to be disciplined.

He chose to spend Saturday with his girlfriend rather than his family who were celebrating his grandmother's birthday.

“I didn’t want to be around all that cake and stuff. I didn't want to be tempted‚” he admitted. Six-time national amateur champion Ricardo Malajika‚ now unbeaten in four outings‚ is expected to be tested against Leyten Gloss‚ who has a record of five wins and two defeats.

He was accompanied by his younger brother Miranda‚ another Grade 11 school-skipper.

Ricardo has grandiose dreams‚ and so too does Miranda‚ who has just won his first national title‚ as a youth‚ and is hoping he can squeeze into the Olympic team for Tokyo 2020.

Fans will have to wait before they get to see him in the ring.

Another prospect on the undercard that Golden Gloves promoter Rodney Berman is talking about on the card is unbeaten light-heavyweight Luvuyo Sizani.