Fuzile one step away from IBF title 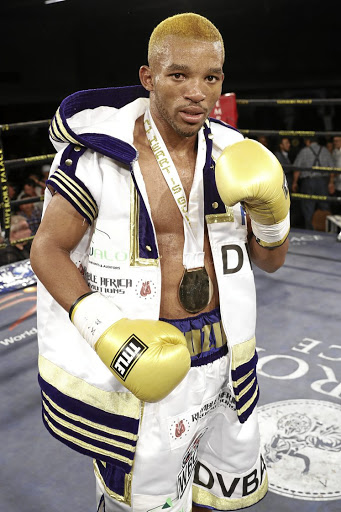 Sanity has prevailed and Azinga "Golden Boy" Fuzile will enjoy territorial advantage when he takes on Shavkat Rakhimov in the IBF junior lightweight title eliminator on September 29.

Fuzile will face the Russian in his hometown of East London.

Fuzile, who has not fought outside SA as a professional boxer since 2014, was to travel to Japan for the title that is held by American Tevin Farmer was to meet fourth-ranking Kenichi Ogawa last month.

Teikin Promotions had won the rights to stage the fight
after outbidding Rumble Africa Promotions (RAP) with $122,000. Fuzile's local promoter Thembalethu Ntuthu had pledged $102,000 to do the fight.

The fight was postponed to next month after the Japanese immigration offices failed to assist with the application for the certificate of eligibility for Fuzile to travel.

Ogawa could not wait for September and he took a fight in the interim. His actions were in contrast to the IBF's rules, especially in a fight whose date and venue was decided by a purse bid.

The New York-based sanctioning body disqualified Ogawa and appointed the sixth-ranking Rakhimov to face Fuzile. The winner will earn the rights to challenge Farmer. Fuzile, 22, is currently rated No 5 - a spot above his 24-year-old foe.

The No 1 and 2 spots are vacant. Frenchman Guilaume Frenois, who is rated No 3, is also out of the picture because he was defeated by Farmer on July 27.

The upcoming fight will see Fuzile taking on the Russian who knocked out Malcolm Klassen in the eighth round for the IBO belt in Russia last year.

Rakhimov also stopped Rofhiwa Maemu in the fourth round in March. Rakhimov is undefeated after 14 fights..

Fuzile is undefeated after 14 fights with eight knockouts.

The fight will be the biggest for Ntuthu who was voted Boxing SA's 2018 Promoter of the Year.

"This is about the country South Africa so we need all available assistance to make t big," pleaded RAP CEO Nomfesasane Nyathela.