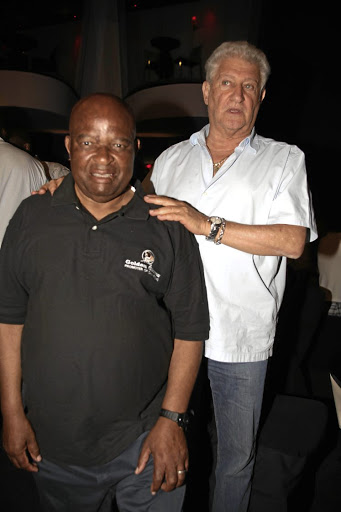 Celebrated boxing promoter Rodney Berman described the death of his longest-serving matchmaker, Reuben Rasodi, as a crack in the foundation of his Golden Gloves empire, which has been around for 42 years.

Rasodi, 81, died on Sunday night. He had been ill for some time.

The Orlando-based, Soweto, matchmaker had been with Berman's Golden Gloves for 40 years.

Rasodi, who was born in Polokwane, Limpopo, had taken a back seat because of poor health.

"I've been in the fight game for 42 years and Reuben has been with me for 40 years. He put together unbelievable fights for Golden Gloves and we had planned to stage a tournament on August 23 in his honour. Now he is gone," said Berman yesterday.

"Reuben was the heart and soul of our company."

Berman is now left with former fighters Jeff Ellis and Brian Mitchell, who serve as matchmaker and fight publicist respectively.

"Reuben was a matchmaker par excellence and responsible for so many of our great fights match-ups, whose judgment and knowledge of both boxing and boxers was heavily relied upon.

"The memories of our many travels overseas together to all our important fights are much cherished. He will be sorely missed."

Funeral arrangements are yet to be finalised.