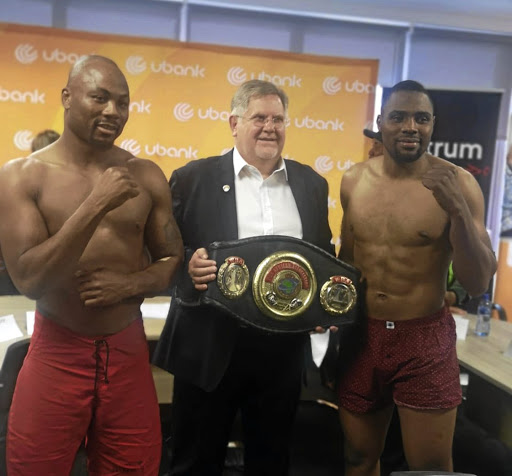 Akani "Prime" Phuzi is not into boxing purely because he loves the smell of gloves and enjoys the pain. He wants to become a dual world champion. Phuzi says his mission will be accomplished in 2024. He will be 29 years old at the time.

Already, the 25-year-old talented boxer from Malamulele has shown great potential by winning both the Gauteng and WBA Pan African belts in eight fights.

Phuzi's consistency has earned him the No 1 spot in the SA ratings for the cruiserweight belt. Phuzi, who is trained by Alan Toweel Junior in Johannesburg, will put his WBA Pan African belt on the line for the second time on Sunday against battle-marked Namibian Willberforce Shihepo in Randburg, northern Johannesburg.

Their fight will headline the programme of Charing Cross Promotions of Marianna Toweel, in conjunction with Sandile Xaka's Supreme Boxing Promotions at Blairgowrie Recreation Centre, where Phuzi has become a huge drawcard since Toweel unleashed him in 2017.

The result on Sunday will be one that his followers have become accustomed to, he said without hesitation yesterday.

He hopes the WBA Ratings Committee will take note of his potential and give him a rating after Sunday. That will be the first step towards his goal of emulating his role model - American Roy Jones Jr - who became the undisputed light heavyweight champion by unifying the WBA, WBC and IBF titles in 1999.

"I've got what it takes to become a world champion. I am tough, patient and a big dreamer," said Phuzi, who made it clear that Shihepo's record of 25 wins in 35 fights does not scare him at all.

Bangile Nyangani will welcome Oscar Richard for the vacant ABU SADC mini-flyweight, while Jeff Magagane will take on Paul Mangxilana. There will be four more bouts and action begins at 1pm.

The professional boxing career of undefeated cruiserweight Akani “Prime” Phuzi from Malamulele in Limpopo is starting to heat up.
Sport
2 years ago
Next Article