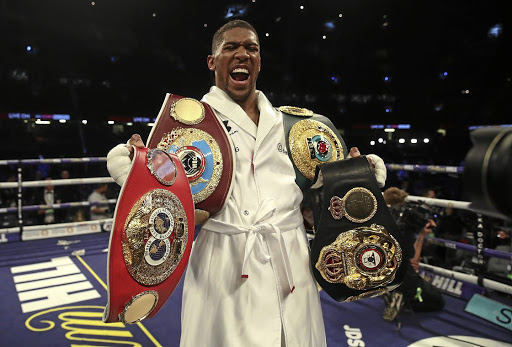 Did anyone wonder why boxing has so many "world" champions?

This is nothing but a shakedown where the organisation gets money for doing nothing.

If a champion of a certain organisation pays 5% per fight to defend his title, this means Anthony Joshua paid 20% of his purse for the defence of his four belts he lost to Andy Ruiz Jnr last month. It doesn't seem right.

These organisations need to be done away with because there are so many "champions" now. Alphabet soup bodies have popped up over the past years in an attempt to expand the number of marketable world champions.

This guide, from these bodies' websites, briefly reviews each of these bodies to provide some clarity to the term "world champion".

WBA: The oldest of the four major bodies. Its origins can be traced back to 1921 when the National Boxing Association (NBA) was first formed to offset the influence and power of the New York State Athletic Commission. The NBA changed its name to the WBA in 1962 in order to acknowledge boxing's growing international presence. The headquarters of the organisation is in Panama. The WBA recognises the importance of the other sanctioning bodies and refers to champions who hold at least two of the four main belts as "undisputed champions". Under WBA rules, "super champions" are fighters who hold a WBA title and one or more titles from another sanctioning body.

WBC: The WBC was founded in Mexico in 1963, and it originally included 11 members. It has expanded to include 161 countries and is associated with nine regional governing bodies. The WBC has also played its part in making women's boxing more popular by recognising champions in 16 weight classes.

IBF: The IBF began in 1977 as an American organisation known as the United States Boxing Association (USBA). The body existed as a domestic organisation until 1983 when it decided to expand and sponsor fights on the international stage. The resulting body was known as the United States Boxing Association-International (USBA-I), which was renamed the International Boxing Federation in 1984. The goal of the federation has always been to provide up-and-coming fighters the opportunity to showcase their talents on an international level by using an unbiased ranking system.

WBO: The WBO is headquartered in Puerto Rico. It was created in 1988. It ranks boxers on an international level, but also creates regional rankings under the following sub-bodies: the North American Boxing Organisation, the Latino WBO, and the Asia-
Pacific WBO.

Champions under different sanctioning bodies often fight in what is known as a "unification bout". Boxing aficionados often argue that the bodies should converge, but politics will likely make this impossible. Regardless, champions identified by each of these four bodies should be regarded as the world's most elite boxers.