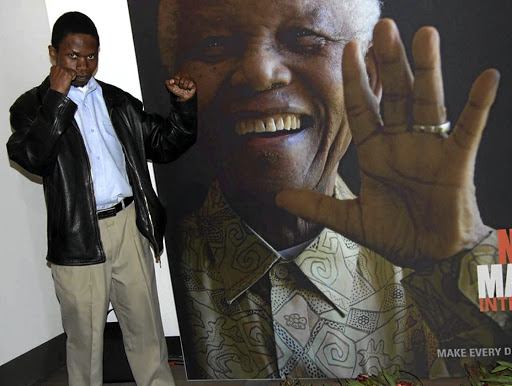 Sandile Xaka is delighted to be back home as a promoter.
Image: Supplied

Boxing promoter Sandile Xaka who trades under the banner of Supreme Boxing Promotions returns to the Blairgowrie Recreation Centre in Randburg on Sunday.

That is where the Johannesburg-based Eastern Cape promoter introduced himself to the boxing fraternity with a titillating development tournament in 2016. .

The promoter has put together a seven-bout card dubbed "Young Gladiators 10".

That is the continuation of his development series which helped trainer Alan Toweel Junior to groom the likes of Akani Phuzi, Jeff Magagane, Sifiso Hlogwane and Sikho Nqothole.

Recently Phuzi has become the main contestant in Xaka's tournaments at the same compact venue where the boxer from Limpopo won both the Gauteng and WBA Pan African cruiserweight belts.

The sequence continues on Sunday, and Phuzi will bid for the second defence of his WBA Pan African belt against battle-marked Namibian veteran Wilberforce Shihepo. Phuzi - who is rated No 1 for the domestic title that is held by Thabiso Mchunu - is undefeated after eight fights while Shihepo has 25 wins in 35 fights.

Bones would crack when Lerato Dlamini collides with Dave Penalosa for the WBC Silver featherweight title at King Abdullah Sports City in Jeddah, ...
Sport
2 years ago

The main supporting bout will feature Bangile Nyangani in an attempt to win the ABU SADC mini-flyweight against Tanzanian Oscar Richard. The title is vacant.

Xaka says the match-up between Paul Manxgilana and Magagane could be a thriller because Mangxilana boasts a knockout win over Magagane's cousin Hlongwane. Nyangani, Magagane and Hlogwane are stable mates from the gym of Alan Toweel Junior.

"I think Jeff will go in there with the intention to avenge Hlogwane's loss and that will spice up the fight," said Xaka.

Nqothole must redeem himself, following two consecutive losses to Sabelo Ngebinyana. Nqothole will face Thulani Gumede from KwaZulu-Natal who is undefeated after six fights.

Action will start at 2pm and all bouts will be broadcast by SuperSport.