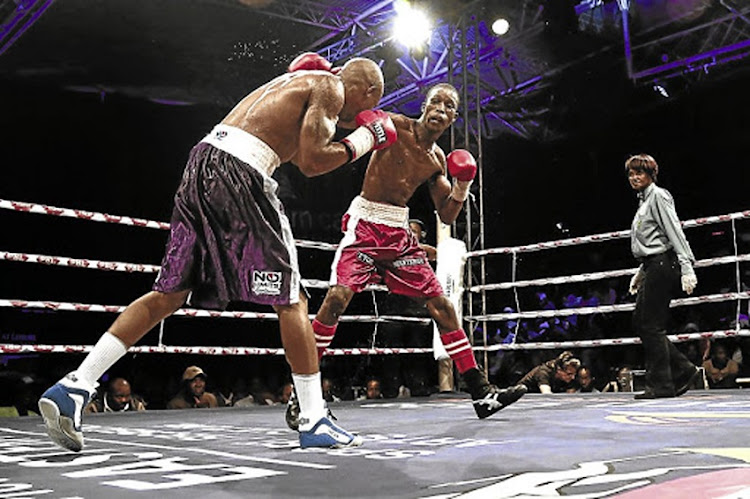 Innocent “Tycoon” Mantengu delivered on the promise he made last week that come rain or shine‚ Friday will be the day he is installed as the new South African junior featherweight boxing champion.

The former school teacher from Mtutbatuba in KwaZulu Natal‚ who is based in Johannesburg under trainer and homeboy Sam Ndlovu‚ was indeed crowned the champion.

The ceremony took place inside a boxing ring at Kagiso Memorial Centre in the West Rand after 12 rounds of exciting action against equally competent opponent Thato “Captain Charisma” Bonokoane.

Coincidentally‚ the tournament they fought at was dubbed Day of Reckoning.

That was probably because of the fact that there had to be a winner after their first fight for the domestic title remained vacant on March 30.

That bout was organised by Team Dida which was in charge of the eagerly awaited rematch at the same venue for Friday night's bout.

Mantengu captured the vacant belt by a split points decision and he improved to 15 wins in 18 fights while Bonokoane suffered his second defeat in 14 bouts.

The star of the night was unknown Simon Dladla who befuddled hot favourite Linda Ntshingila over 10 rounds for the vacant Gauteng junior middleweight belt.

Dladla from the Hillbrow Gym of trainer George Khosi also retained his unblemished slate of four wins while Ntshingila is Bonokoane 's stable mate from the camp of trainer Pius Dipheko.