Zab Judah has a close shave with death 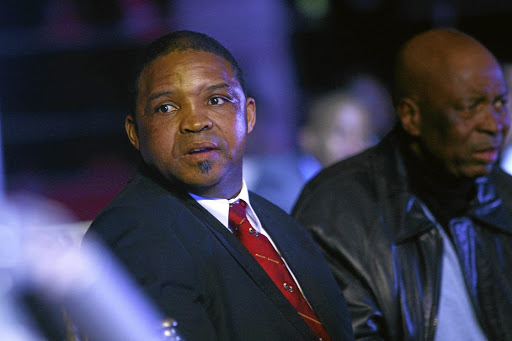 Retired left-hook specialist Jan "Kid Gavilan" Bergman was shaken yesterday when he was informed that Zab "Super" Judah was in a coma after his 11th-round defeat by Cletus Seldin at the weekend.

Bergman was the first man to drop the revered former six world titles holder in two weight divisions. This was in a competitive boxing match on February 12 2000.

The 41-year-old New Yorker, who got up from the canvas in round two to stop Bergman in round four of the IBF junior welterweight belt, had not fought since 2013.

Reports are that he bled to his brain in what was his 56th pro bout with 30 knockouts in 44 wins against 10 losses and two no-contests. Fortunately, Judah has been released from hospital and is expected to make a full recovery.

"I thought he had already retired," reacted 49-year-old Bergman yesterday. "Boxing is a very dangerous sport and just because you used to do this and that, so you think you can still do it

"The older you grow, your skills deteriorate and you are no longer able to prepare your body as thorough as you used to when you were younger."

Hlabane still has hunger as trainer.
Sport
3 years ago

Bergman, the former WBU welterweight holder, retired in 2010 with 33 knockouts in 44 wins against five losses.

"Zab was the man amongst men; he had very good hand speed and packed power too," said Bergman, who is now an official in Cairo Howarth's mixed martial arts, known as Extreme Fighting Championship.

Judah has a 23-year professional boxing career. He fought the likes of Floyd Mayweather Junior, Miguel Cotto and Kostya Tszyu.

Boxers who died after being in a coma following losses:

1982: Young Ali (Asymin Mustapha) collapsed on the way out of the ring after being knocked out by Barry McGuigan in London. He lay in a coma for several months and died in December of that year.

1982: Duk-koo Kim was carried from the ring in a coma after he was beaten by Ray Mancini for the WBA lightweight title. He died four days after the contest.

1985: Jacob Morake died after being knocked out by Brian Mitchell.

1988: Brian Baronet was in a coma for three days before dying after being knocked out by Kenny Vice.

1989: David Thio died 10 days after being knocked out by Terrence Ali.

1991: Clive Skwebu underwent brain surgery and lapsed into a coma after he was knocked out by Ndoda Mayende. Skwebu died nine days later.

2008: Samora Msopi died the morning after he was knocked out by Mfundo Gwayana at Orient Theatre, East London.

2014: Female boxer Phindile Mwelase died after failing to emerge from a two-week coma. She was knocked out in five rounds by Liz Butler in Pretoria.

2017: Herbert Nkabiti died of head injuries in hospital hours after being knocked out by Williers Baloyi. Nkabiti was rushed to the hospital and he slipped into a coma and died hours later.