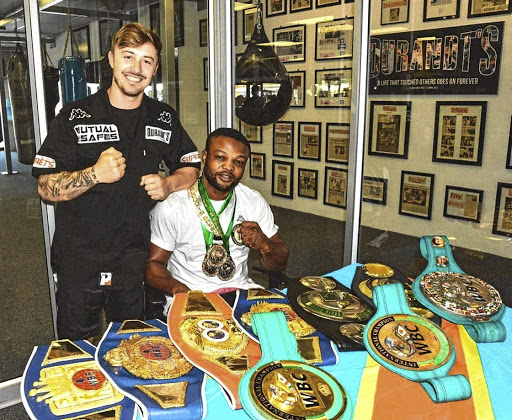 Bones could crack when hard hitters and knockout artists Ilunga "Junior" Makabu and Dmitry "Russian Hammer" Kudryashov collide for both the vacant WBC Silver cruiserweight belt and the No1 spot in the ratings on Sunday in Russia.

Both boxers have almost identical fight records. Makabu has knocked 23 of his 24 victims with two losses, both by stoppages, while Kudryashov has 23 knockouts in 23 wins and was in turn knocked out twice.

The winner will earn the rights to challenge newly-crowned WBC and WBO cruiserweight titlist between WBC Diamond champion Maries Bridies from Latvia and Krzysztof Glowacki from Poland who will battle for those vacant titles in Latvia on Saturday.

The WBC belt was relinquished by Oleksandr Usyk who has moved up to the heavyweight division.

Makabu was trained by the late Nick "Mthakathi" Durandt, whose son Damien took over when his father retired in 2016.

Speaking from Romania, where Makabu has been preparing for the past 10 weeks, Durandt said: "We are fighting a top cruiserweight who is a big puncher.

"Kudryashov lacks endurance, because he has not gone past seven rounds and the longer the fight goes, the stronger Junior becomes.

Damien Durandt is delivering on the promise he made last year after his father, Nick "Mthakathi" Durandt, died.
Sport
3 years ago
Next Article