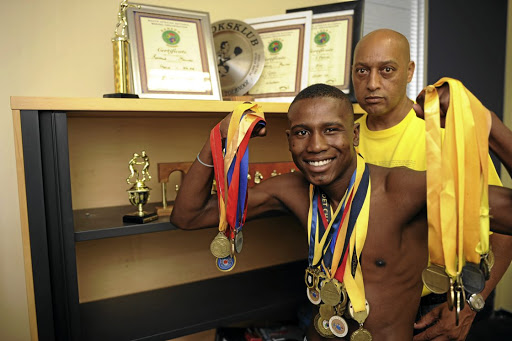 Bernie Pailman is seething for missing out on winning at least one award during Boxing SA's award ceremony last month.

Pailman says he does not only train a number of boxers, who include SA and ABU bantamweight champion Ronald Malindi, but also employs and accommodates some of his charges at his company and facilities in Westbury, western Johannesburg.

He was nominated for the Trainer of the Year Award but his name fell by the wayside after it was discovered that he is registered with BSA as a seconder (an assistant trainer).

It is strange that Pailman has always been the chief corner man for his fighters when he is registered as a seconder.

He said: "I manage eight boxers, giving them work and also providing them accommodation. My eyes are full of tears because of not being acknowledged."

BSA confirmed yesterday that Pailman is only registered as a manager this year. Colleen MacAusland deservedly won the Manager of the Year Award.

Malindi was nominated for the Boxer of the Year gong which was won by IBO welterweight champion Thulani Mbenge. Pailman said he will continue producing champions for his country.

His other boxer Mfundisi Ngema claimed the WBF International junior featherweight belt in Botswana on the eve of BSA's awards.

"This serves to notify the boxing stakeholder and the public at large that this is effective from June 6 until further notice," said Lejaka.

"Archie Nyingwa is currently unavailable for any BSA-related duties in Gauteng and the other provinces (Free State, Northern Cape and North West) where he was acting manager.

Lejaka did not shed light on Nyingwa's unavailability. "Van Niewenhuizen will be specifically in charge of tournament supervision. All administrative process [license applications, clearance letters] will be processed through Ramagole."