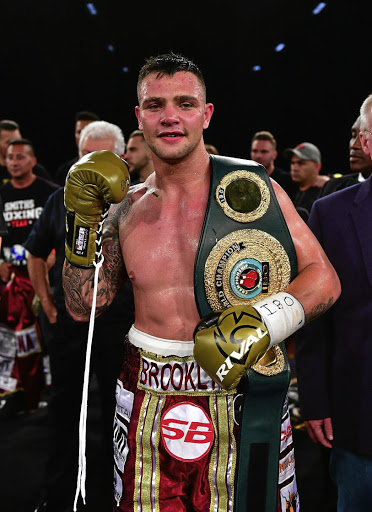 Ducar, from Czech Republic remains, undefeated with six knockouts. He will challenge Lerena in the Golden Gloves tournament at Emperors Palace on Saturday night.

Speaking from his home in Florida Levine said: "Although he has eight fights, he's rated No 29 in the IBO ratings and No 34 with Boxrec.Com. As you know, we have no input into the computerised ratings; it's based on quality and wins.

"There are fighters that have 15 or 20 undefeated fights that never get into the top 35 because of the poor opposition."

Lerena, who boasts 10 knockouts in 22 wins against a loss, will bid for the fourth defence of the belt the supremely built left-hander won in 2017.

There seems to be a chemistry between Lerena and the unflappable boxing referee Tony Nyangiwe from Diepkloof who has been confirmed as the third man in the ring.

IBO representative in Africa, Andile Matika, confirmed yesterday that Nyangiwe will be the referee.

Nyangiwe was in charge when Lerena won the then vacant IBO belt against France-based Congolese Youri Kayembre in 2017, and he also barked instructions when the champion made a successful first defence against Ukrainian Dymtro Kucher last year.

Former professional fighter and vastly experienced judge Terrence Makaluza from Port Elizabeth, Mikael Hooker (Sweden) and Roger Banor (Ghana) will be the ringside judges. Matika will be the fight supervisor.

Jabulani Makhense will put his WBA Pan African junior welterweight belt on the line against Michael Mokoena in the main supporting bout. There will be five more bouts.

Allen and Knapp are out to prove their finesse

Kevin Lerena pumping at the gym to prepare for Ducar fight