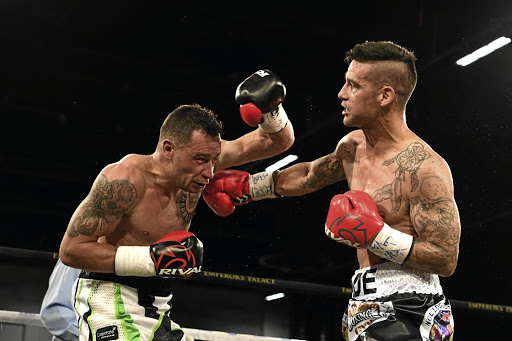 Nkululeko "The Bulldog" Mhlongo intends to use his eight-rounder against Wade Groth as an entry into the middleweight class where the stylish, current SA junior middleweight champion plans to campaign going forward.

This was revealed by his promoter Lebo Mahoko. But the move could backfire, especially if action at the Turffontein Racecourse tomorrow evening pens out the way Groth's trainer Raymond Cerfonteyn has promised.

"Our goal is to reclaim the SA middleweight title we lost to Walter Dlamini in December, so defeat is not an option. Two more fights after Mhlongo, we will be in a position to challenge Dlamini," he said.

Groth, 28, destroyed Wynand Mulder over six rounds in August for the national title but was in turn knocked out in 46 seconds by Dlamini in December.

"Victory against Mhlongo will get us a top rating that will bring us closer to contention for the title," said Cerfonteyn about his charge, who is currently rated No 4 nationally.

Mhlongo, 36, last fought in April when he lost to Fabio Mastromarino in Italy.

Boxing promoter Lebo Mahoko, who is based in Bloemfontein, says he has no reason to explain to anyone why he will stage his tournament in ...
Sport
2 years ago
Next Article