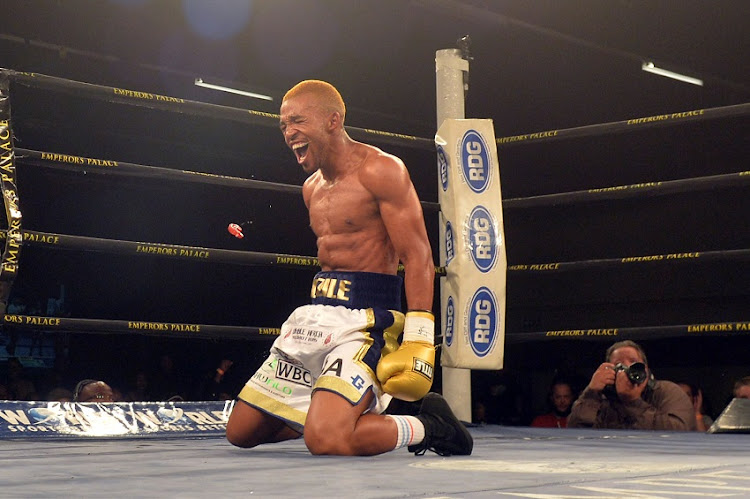 Fuzile has not fought outside South Africa since his amateur days but Nathan is confident that the 22-year-old left-handed IBF Inter-Continental champion from Duncan Village will emerge victorious.

The South African and Ogawa of Japan will be fighting for the right to challenge IBF title holder Tevin Farmer.

"Fuzile will be victorious in Japan‚" said Nathan on Thursday.

Ogawa is rated fifth‚ a spot above Fuzile‚ on the ratings.

Guillaume Frenois from France is rated No 3 with both No2 and No 1 spots vacant. The winner between Ogawa and Fuzile will be catapulted to the No 1 spot.

"We are going in there again to win‚" said Nathan.

Fuzile's promoter Thembalethu Ntuthu lost the purse bid for the fight to Japanese Teiken Honda of Teiken Promotion during the IBF's Convention which is currently underway in Macau.

Ntuthu had promised to pull all the stops to ensure that Fuzile meets Ogawa in the Eastern Cape.

But Nathan has always said that if Ntuthu wins the bid‚ then all good‚ but it would not be a train smash for them to travel to Japan.

"My promoter told me that he lost the bid‚" Fuzile said.

"I was hoping that he wins it so that I get to fight at home but it does not matter where I fight.

"As long as I get inside the ring I will fight and win‚" said the left-handed fighter who has fought in Germany‚ Bulgaria and Botswana but in the amateur ranks.

"I watched Ogawa's fights and he is tailor-made for me.

"We won't reach 10 rounds. One will give up‚ certainly not me.

"I want the IBF title that is held by American Tevin Farmer."

Fuzile‚ who is considered as one of SA's brightest boxing prospects‚ is undefeated after 14 fights while the 31-year-old Ogawa from Tokyo has a single loss against 23 wins.