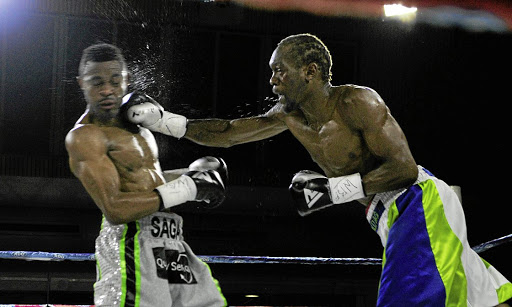 Boxing promoter Lebo Mahoko, who is based in Bloemfontein, says he has no reason to explain to anyone why he will stage his tournament in Johannesburg on Saturday.

"Why is it an issue when I stage a tournament in Johannesburg?" he asked angrily yesterday.

His international development tournament will take place at the Turffontein racecourse, Johannesburg south, and some Gauteng promoters have been whispering that Mahoko has received government assistance to stage the tournament.

"I hold a BSA licence, which allows me to stage boxing anywhere around the country. I am not getting any government grant, no sponsor, but I am doing this straight from my own pocket," he said.

"My boxers Nkululeko Mhlongo, France Ramabolu and Matshidiso Mokebisi are based in Gauteng, so it is a cost-saving [measure] for me to do a tournament where they live," he explained.

Mhlongo, from KZN, will top the bill with an eight-rounder against Wade Groth while Ramabolu, of Virginia in Free State, will take on Malawian Kuvesta Katambo, also in an eight-rounder.

Mahoko clarified that Mhlongo should be defending his title against Ramabolu, as per BSA's order.

"But they are both my boxers, so I can't have them fighting each other," he said. "The next available contender is Brandon Thysse and his camp was reluctant to take the fight. The third contender is Boyd Allen, who trains with Mhlongo under Vusi Mtolo in Joburg. Boyd said he cannot fight his stablemate. We ended up with another opponent, so I informed BSA, who then advised me to keep him busy, hence the upcoming tournament."

Eric Kapia Mukadi of Congo and his homeboy Hendriques Lando will do battle in a welterweight bout over eight rounds. Sihle Jelwane will face Percy Mkhize while Mokebisi and Sindisiwe Ncube from Zimbabwe will also be in action in a non-title female bout.