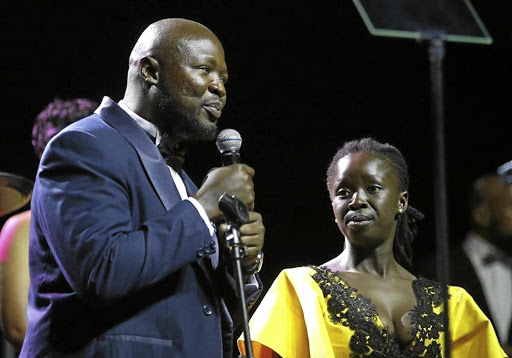 Boxing SA CEO Tsholofelo Lejaka says he understands the position of promoter Ayanda Matiti, who has announced that he will return the special achievement award to BSA.

It was was conferred to him by the board of BSA under chairman Peter Ngatane during the awards ceremony at Sandon Convention Centre two weeks ago.

Matiti's gripe is that his boxer Ntlantla Tyirha did not win the prospect of the year award that went to Ayabonga Sonjica.

In his brief response, Lejaka said: "We note Matiti's position, which we understand to be in solidarity to a nominee in a different category where he believes that particular nominee should have won. We regret that he has chosen to return his award. We respect his right to do so."

As part of his very long statement, Matiti wrote: "We have taken a decision to return the medal awarded by BSA at the awards. It was indeed an error of judgment to have accepted it in the light of the outcome of the prospect of the year (category).

"We have, since the night of the BSA awards, had to ask ourselves this pertinent question - is Boxing SA and its adjudication committee fair to Ntlantla 'Mount Kilimanjaro' Tyirha, who is the reigning junior-flyweight South African champion?"

"We have a difficulty in comprehending how Tyirha missed scooping this award...

"However, what we are not having a difficulty with is comprehending what Mount Kilimanjaro did in the year 2018 to deserve not only to win the prospect of the year award, but also to get a special recognition for his outstanding, historic singular work in rewriting the boxing historical landscape."

Promoters step up their game
Sport
2 years ago
Next Article