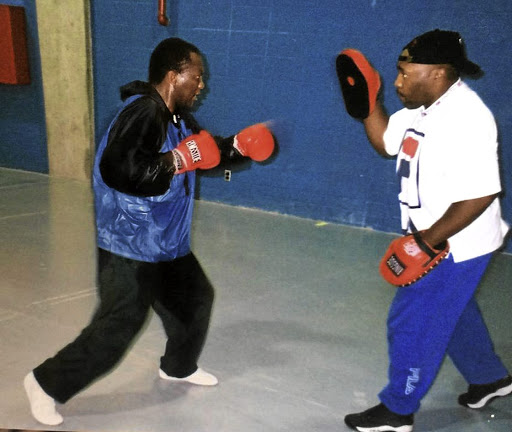 His maiden tournament will take place at KwaThema Community Hall in Springs, Ekurhuleni, on June 9.

The Johannesburg-based Free Stater, who is yet to be recognised for his monumental achievements as a trainer, trades under the banner of Fantastic 2 Boxing Promotion.

Tshabalala has already paid 10% of his purses, which is Boxing SA's standard requirement, and is now waiting for BSA to give him the sanctioning letter which gives him a go-ahead.

He intends to headline his tournament with an SA lightweight title fight between champion Thompson Mokwana and Ayanda Nkosi with Phumelela Cafu and Zolile Miya doing battle for the Gauteng flyweight title.

"It was not a difficult decision to stop training fighters and acquire a promoter's licence with BSA because I have seen it all and done it all as a trainer," said the man who was the understudy to Nick Durandt before going solo.

Tshabalala opened his gym in Johannesburg and was later joined by Dingaan "Rose of Soweto" Thobela who went on to win the same WBC belt that was at one stage held by Malinga. But Thobela won it from Briton Glen Catley in Brakpan in 2000.

Tshabalala disappeared and resurfaced few years back to hone the skills of reigning IBO junior bantamweight holder Gideon "Hard Core" Buthelezi. They have since parted ways.

"Look, enough is enough and actually I need to grow.

"I can't train fighters for the rest of my life," said Tshabalala who acquired a promoter's licence this year.

He said he decided to take his tournament to KwaThema because he wanted to honour the fallen boxing heroes from that township, including former SA bantamweight champion Simon "Tsipa" Skosana and trainer Themba Zulu (both late).