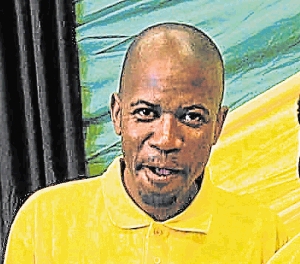 Boxing hardly enjoys the recognition - or a fraction of it - that other sporting codes get from the corporate world.

This question was asked by promoter Thembalethu Ntuthu on Friday night after his Rumble Africa Promotions was voted 2018 Boxing SA's Promoter of the Year.

"BSA and the government must look into this. We all know that this is the sport of the poorest of the poor," said Ntuthu.

In 2004, boxing - the Cinderella of the sporting world in South Africa - enjoyed massive sponsorship from Vodacom (R27m), SuperSport (R8m) and Distell (R4.3m).

The deals were valid for three years. The three companies waved the sport goodbye after Mthobi Tyamzashe's time in office ended.

Despite its financial challenges, the board of BSA promised R15,000 to the winners in seven categories from Friday's awards dinner.

Siboniso “Tiger” Gonya summed it all up nicely when he explained how he felt after being shown the stars by Zolani “Last Born” Tete in their WBO ...
Sport
3 years ago

Ntuthu paid tribute to ring officials who he said leave their families to do the good job in boxing tournaments "yet they don't get deserved financial remuneration".

Ntuthu leaves today for Macau to negotiate with the camp of Japanese Kenichi Ogawa who has been ordered by the IBF to face Azinga Fuzile in a junior lightweight title elimination bout.

Kenichi is rated No 4, a spot above Fuzile, with Guillaume Frenois rated third. Both the No 1 and No 2 spots are vacant. The winner between Fuzile and Ogawa will earn rights to challenge IBF holder Tevin Farmer of the US.

"If we fail to find each other, then the host of the fight will be decided on purse bid," said Ntuthu who promotes Fuzile.