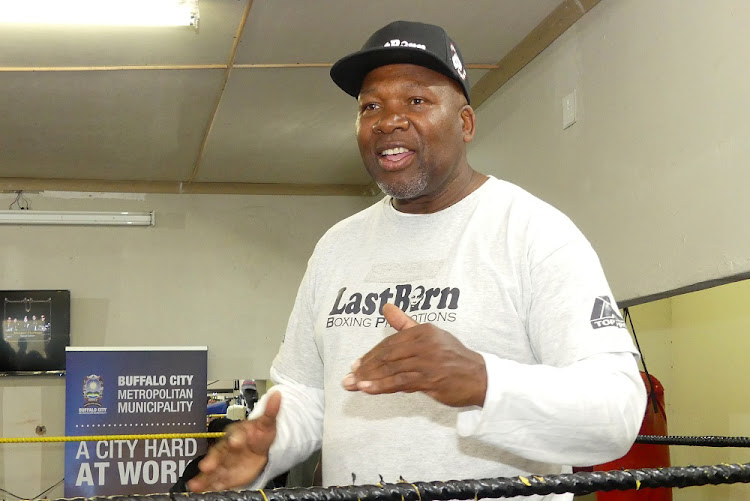 Trainers Loyiso Mtya and Mhikiza Myekeni are still hoping to secure visas to the US join their charge Zolani "Last Born" Tete who is preparing for his fight to become a dual world champion in the bantamweight division.

The WBO title holder will take a giant leap in his fruitful career with a showdown against WBA bantamweight super champion Nonito "The Filipino Flash" Donaire, this coming weekend.

Donaire, 36, of the Philippines meet former IBF junior bantamweight holder from Mdantsane in a winner takes all battle at the Cajundome in Lafayette, Louisiana, on Sunday morning SA time.

Tete's fighting knacks are polished at home by Mtya, Myekeni, Phumzile Matyhila and the boxer's father Zolile Tete, at the All Winners Gym owned by successful manager Mlandeli Tengimfene.

Tete, 31 and Donaire will actually be meeting in the semifinal of the bantamweight World Boxing Super Series. The second semifinal on May 18 features Naoya Inoue of Japan against Puerto Rican Emmanuel Rodriguez.

Tengimfene explained that Mtya and Myekeni would travel for the fight when their visas get granted by the American embassy. He added visa applications were declined for the other trainers - Mathyila and Tete senior.

Chance to step into the ring with Christodoulou

Highly decorated American trainer Floyd Mayweather Senior will be the chief corner man for Last Born. He has worked with the tall, strong and awkward left hander for about 10 days. The beauty is that in terms of fitness Tete is a well-known gym worm. He is fit.

Tete's situation is not unique. Just last week, John Riel Casimero, who was supposed to have challenged Tete, flew out of the Philippines alone to the US after his trainer Jhun Agrabio was declined a visa.

The 30-year-old well-travelled former IBF flyweight holder was fortunate that he fought in SoCal where there is no shortage of corner men who speak his language. Casimero once fought here in Jo'burg when he unsuccessfully challenged Moruti "Baby Face" Mthalane for the IBF junior flyweight title in 2011.

Casimero linked up with Rodel Mayol, a former WBC junior flyweight champion, who used to train across town from Casimero in Cebu City.

He knocked out 21-year-old Mexican Ricardo Espinoza Franco in the 12th for the interim WBO bantamweight belt.