Chance to step into the ring with Christodoulou 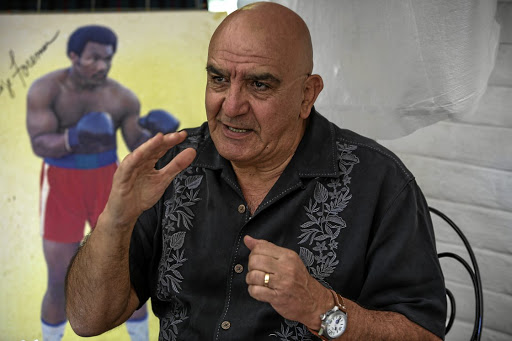 Assumption is a serious recipe for disaster and boxing referee Stan Christodoulou can attest to that.

There was a notion in SA that Christodoulou, 75, went on to become the top dog in boxing officiating simply because when world bodies invited locals, he would recommend himself, because all those invitations landed on his lap since he single-handedly ran South African boxing.

The assumption went as far as to add questions such who was he competing against for the world bodies to have a variety of choice?

To get the answers, just read the recently released book The Life and Times of Stanley Christodoulou, which was written jointly by Graham Clark and David Isaacson.

Clark is an Australian who is said to have fallen under boxing's magic spell when a young Muhammad Ali stood over a fallen Sony Liston and declared, "I am the greatest".

A career teacher and school principal, he has been drawn to a great story, especially one in which the human spirit triumphs over adversity in the boxing ring.

Clark writes regularly on the sport and is the publisher of The World Champion That Never Was.

Isaacson, who played a role in my early years of journalism, is an award-winning sports journalist who writes for the Sunday Times.

Isaacson has covered boxing since 1995 and has reported on some of the biggest fights involving South Africans, including the WBO heavyweight championship between Corrie Sanders and Wladimir Klitschko in Germany in 2003.

Isaacson is a general sport writer and has covered many Olympics and Commonwealth games.

They have brilliantly allowed Christodoulou to speak because he likes to share his experience with those who want to learn about other aspects of the fight game.

If you know the man, you will quickly hear his voice vividly, warning you about what goes on in the mind of an official before, during and after a fight. 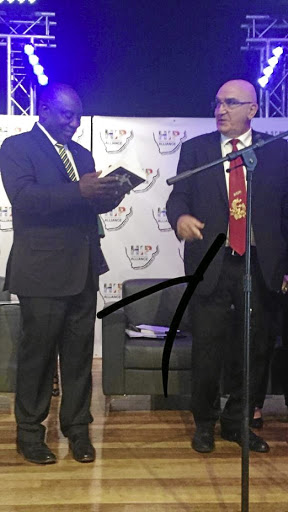 Christodoulou has covered 242 world championships in all 17 boxing weight categories around the globe and for his monumental achievements as both referee and judge, he was inducted into the International Hall of Fame in Canastota, New York in 2009.

"From his baptism of fire refereeing the epic battle between Arnold Taylor and Romeo Anaya for the bantamweight crown at Rand Stadium in 1973 through to matches with Marvin Hagler, Roberto Duran, Lennox Lewis and hundreds more, he has performed as a paragon of his profession," says Majeski, an American who doubled as a boxing agent and journalist.

Some remember Christodoulou for his ridiculously blood-soaked white shirt when he referred the much-talked-about WBA light-heavyweight war between American Richie Kates and Argentinian Victor Galindez in Italy on June 18 1977.

Galindez, who was bleeding as if he had been stabbed, stopped Kates in the 15th round.

He also handled the demolition of Alexis Arguello by Aaron "The Hawk" Pryor in Miami on November 12 1982.

Pryor was bidding for the sixth defence of his WBA junior-welterweight crown.

The American had been undefeated in 31 fights and had actually destroyed most of the world's best junior-welterweights and in so doing, had set the boxing world alight with his whirlwind style of attack.

On the other hand, Arguello, from Nicaragua, had already cemented his reputation as a top fighter, having won titles in the featherweight, junior-lightweight and lightweight division.

He was bidding to become the first man to win titles in four weight division.

Christodoulou was appointed by the WBA to referee that bout.

He could not wait to be in Miami a few days before the fight, and instead flew himself over there. He says Pryor knew nothing about him except his nationality, he decided that due to apartheid policies of the SA government, Pryor would not accept him as the referee.

Christodoulou stopped that fight in the 14th round, rescuing a badly hurt and defenceless Arguello from total destruction.

I cannot give you more; you have to get yourself a copy at book shops, where it sells for R275.