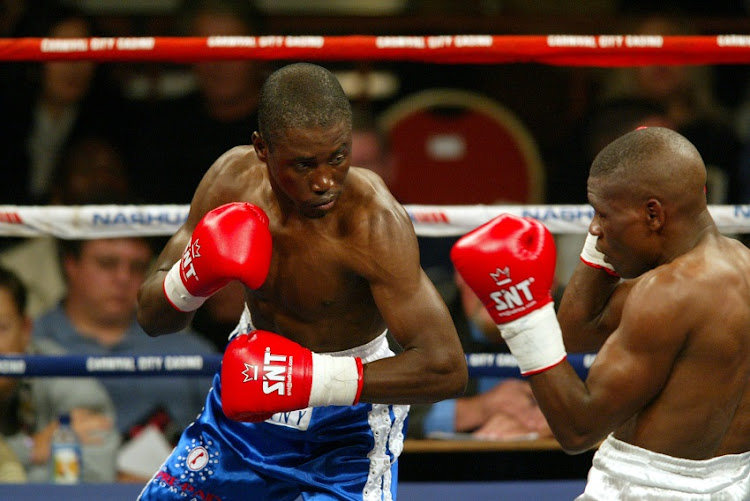 Friday marks 22 years since Vuyani “The Beast” Bungu proved beyond doubt that an earlier win against highly respected Kennedy “King” McKinney for the IBF junior featherweight belt was not a fluke doing a number on the American in their rematch.

Bungu’s first win over McKinney‚ the gold medallist at the 1988 Summer Olympics‚ came on August 20‚ 1994. It had been sweet music to the ears of Welcome “Hawk” Ncita‚ who had lost that title to McKinney in the US on April 16‚ 1994.

Bungu and Ncita – both from Mdantsane‚ outside East London – were stablemates at the highly successful Eyethu Gym of trainer/manager and promoter Mzimasi Mnguni‚ who was assisted in honing the skills of his many fighters by his nephew Welsh Mnguni‚ who died in 2009.

Mnguni and his friend‚ promoter Rodney Berman‚ never in a million years gave Bungu a chance to defeat McKinney.

But Bungu‚ who captured the SA title in his rematch with Fransie Badenhorst in May 1990‚ grabbed the opportunity to become a world champion with both hands.

On April 5‚ 1997 a capacity crowd of 5‚000 inside a marquee outside the Carousel Resort in Hammanskraal just could not believe what they saw when underrated Bungu took the fight straight to the American from the first round.

McKinney could not get going because he had to focus in blocking Bungu’s avalanche of punches rather than get into his own gear.

Bungu‚ who had American trainer Terry “Bubba” Stotts in his corner‚ fought like someone possessed. He never took a step back‚ but went forward like a locomotive train. He was duly declared the winner by a unanimous points decision.

Bungu’s victory was documented as the Upset of 1994. He would go on to defend that title 13 times‚ setting the all-time record of most world title defences by a South African.

He recalled this week: “I was not aware that this is the day I beat McKinney in our rematch.

“Those were good old days. I am grateful that you have reminded me.

“You have reminded me of what I achieved and did for my country internationally. People tend to forget these things. You have touched me emotionally.”

Bungu admitted that no-one gave him a chance to beat McKinney from their first fight in 1994.

“McKinney beat Welcome twice‚ so people did not think I can beat him. They forgot one thing – that we had different styles and mine enabled me to beat McKinney.

“They‚ too‚ came here for the second fight still looking down upon me. They realised in the third round that they were actually on a mission impossible‚” said the humble-mannered boxer who produced world champions as a trainer.

Sadly the 52-year-old boxing icon is yet to be recognised by the International Hall of Fame.