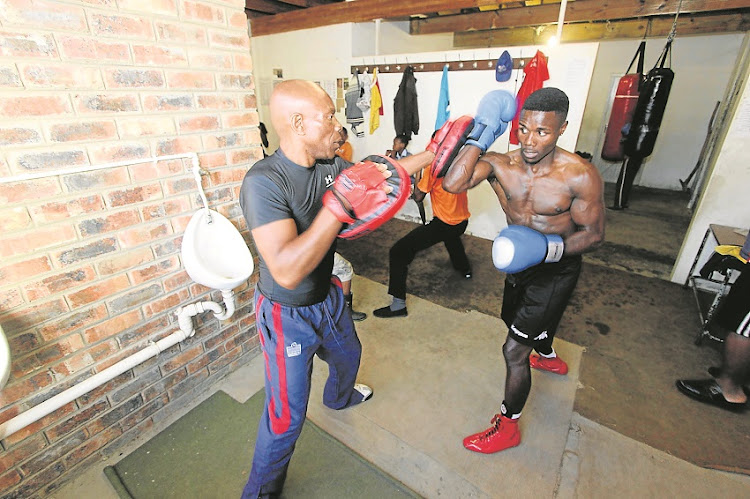 Mziwoxolo Ndwayana lived up to the promise he made last week to fight until his hands break when he defended a the South African welterweight belt that he termed “my meal ticket for my family” against Odwa Gaxa at Uitenhage Indoor Sports Centre on Sunday.

The fight – Ndwayana’s mandatory defence of the belt he with a seventh round stoppage on Sean Ness in September last year – was staged by Nyuswa Boxing Promotions of veteran promoter Mbulelo Sifama‚ the chairman of the Nelson Mandela Bay Promoters Association (NMBPA).

Ndwayana is a local boy from Makhanda in Grahamstown while Gaxa is from Duncan Village in East London.

Secretary of the NMBPA Sibongile Nkebe said he was short of words to express the association’s excitement at all the boxers who gave fans real value for their money at the event‚ and also expressed appreciation from the sponsors who made it possible for Mfama to deliver such an event.

“The main bout had fans on the edge of the seats‚” Nkebe said. “Both Ndwayana and Gaxa were very fit and they came fully prepared to give their all.

“That was evident from the very first round and Ndwayana went down in round three. We thought he was not going to make it after the second knockdown‚ which was from a vicious uppercut.

“But he knew what was at stake for him‚ so he got up. He came back very strong and more determined to drop Gaxa with a big right to the jaw in the sixth round. Gaxa got up and put up a fight to eventually quit in the eighth round.

“I must give credit to the two trainers for making sure that their boxers were superbly conditioned.”

Nkebe added: “I hope going forward sponsors will continue helping us to deliver a similar or even better show to our people.”

Ndwayana dedicated his belt to his 11-month-old son who died three months before the boxer captured the national title‚ which he had failed to win in his first attempt from then-holder Thulani “Evolution” Mbenge at Emperors Palace in September 2017.

The boxer’s trainer and father‚ Bulelani Ndwayana‚ said: “It was not an easy one. Gaxa came fully prepared.

“We took him lightly but he gave us hell. We had to apply plan B to be able to defend our title. We realised that hitting his head will not help us.

“We then resorted to working his stomach and take out the stamina. He obliged but then forgot to defend and we put him down.

“We came back from the dust from his long arms. If we were not fit‚ we would have been dethroned. It reminded us of the fight we had with Mbenge.”

“I had personal problems here at home‚ so I could not attend the tournament. How I wish I was there‚” he said.

“Ndwayana’s trainer sent me an SMS saying that he was happy that I could not make it because they would have lost the fight.

“I had my assistant‚ Xola Sfama‚ in the corner. I feel like I failed my boy due to some circumstances.

“You know what‚ there is no crying over spilled milk. I had the game plan. I knew that Ndwayana was not going to see round six but sadly I could not be there to guide him [Gaxa] to victory. We will bounce back.”