Vusi Mtolo can prove mettle as a trainer 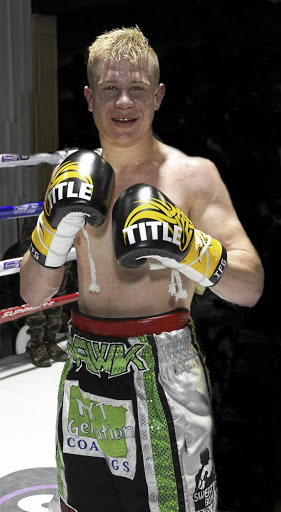 The spotlight falls on Vusi Mtolo to show what he is really made of as a boxing trainer.

The 46-year-old former amateur boxer from Clermont in Durban has always been a second to accomplished mentor Colin "Nomakanjani" Nathan.

Mtolo - who has worked with Nathan since 2002 - gets the opportunity to prove that he is his own man.

Two of his boxers that he trains at Nathan's gym, Boyd Allen and Roarke Knapp, will be in action tomorrow night in Golden Gloves' tournament at Emperors Palace.

Allen will oppose John "Section 29" Bopape for the vacant WBA Pan African middleweight belt while Knapp will make his debut under both Mtolo and Golden Gloves in a junior-middleweight eight-rounder against Thembani Mhlanga.

Mtolo will be assisted in the corner by Sechaba Mabuya. He agrees that he is under pressure to prove his expertise.

"Yes, there is pressure on me. I have to come up tops and prove that I am the real deal or a joke."

He is worried that Allen spends most of his time with his cage-fighting trainer. He comes from the Extreme Fighting Championship.

"That does not make me happy because cage fighting and boxing are not the same but one thing I am sure of is victory," he said.

Topping the 'No Mercy' bill will be Kevin "Two Guns" Lerena bidding for the third defence of his IBO cruiserweight belt against Germany- based Kazakhstani Artur "Thunder Man" Mann.

Michael Markram and Frank Rodriguez will do battle for the vacant Gauteng light- heavyweight strap.

Gift Bholo will take on Timo Schwarzkopf from Germany over six rounds at welterweight while Keaton Gomes and Fadhili Said will meet over eight rounds at cruiserweight. Alex Kabangu and Xhek Paskali from Germany will meet at catchweight.