Lerena thinks of Mann when he wakes up each morning 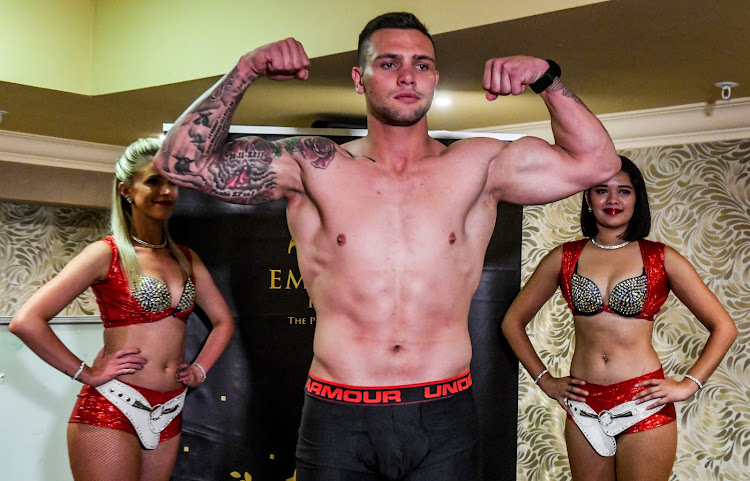 IBO cruiserweight champion Kevin Lerena wakes up every morning thinking of Artur Mann‚ his opponent on Saturday night‚ but on Tuesday he still found time to talk about the possibility of a unification bout down the line.

Lerena defends his belt for the first time since undergoing shoulder surgery in July last year against the Ukraine-born German‚ who is unbeaten in 15 fights.

Lerena has a record of 21 wins and a loss.

The two fighters were given a clean bill of health at Tuesday’s pre-fight medical at Emperors Palace‚ the scene of the battle on Saturday night.

A confident Lerena said he was not underestimating Mann. “We’ve got a big fight ahead of us. My main focus is to take care of this man. I wake up and I think of Artur Mann.

“At the top there are no easy fights. When people ask what I think of Artur Mann‚ I say he’s 15-0. That says enough ... I’ve never been a boxer to cherrypick opponents‚ duck and dive.”

Asked how he’d like to win‚ Lerena said he would like a stoppage. “I’d like a knockout. He’s a come-forward fighter‚ but I believe I have a plan.”

Lerena also looked to the future. “God-willing we’re victorious‚ i know there’s a unification down the line for me — bigger and better things.”

He didn’t name a possible opponent‚ but with people expecting Oleksandr Usyk to vacate his four belts‚ there is speculation Lerena could face Mairis Briedis down the line.

Briedies is promoted by Wilfred Sauerland‚ who is co-promoting Saturday’s event with Rodney Berman.

Mann sounded as confident as Lerena.

“I wouldn’t be here if I didn’t believe I can’t beat Kevin Lerena‚” he said.

In the only other 12-rounder on the bill‚ former MMA fighter Boyd Allen steps into his third professional boxing bout against John Bopape for the vacant WBA Pan Africa junior-middleweight title.

Allen has faced high-pressure bouts before‚ having fought in front of more than 20‚000 fans in a mixed martial arts contest in Russia.

As an amateur boxer before then‚ he won a national title.

Rodrigues’s brother Fernando was knocked out in the second round by SA middleweight champion Walter Dlamini at the weekend.