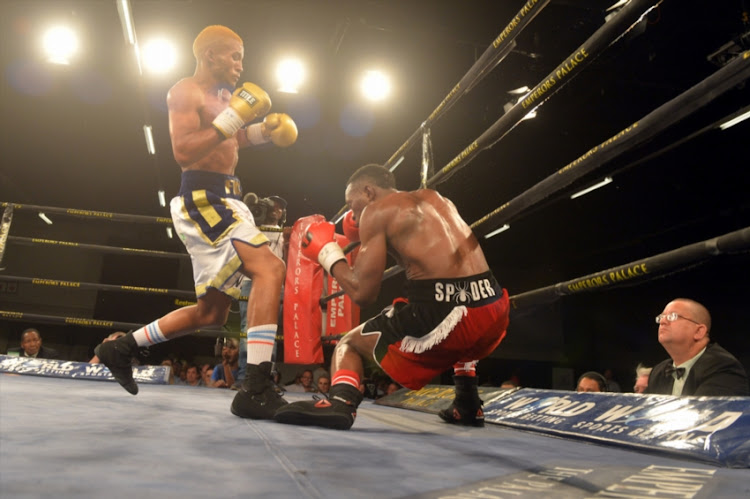 Azinga Fuzile never met the man he has been asked to honour but will happily headline a tournament that is to be held to celebrate Mzukisi "Laciar" Sikali's life next month.

Sikali died 14 years ago and the 22-year-old Fuzile has been chosen by top East London promoter Thembalethu "Terries" Ntuthu to headline the Rumble Africa Promotions' bill at Nangoza Jebe Hall‚ formerly known as the Great Centenary Hall‚ in Port Elizabeth on April 7.

An excited Fuzile said he was happy that he has been given the opportunity to celebrate a boxer who held multiple titles in different weight divisions. He held the WBU belt in the junior flyweight and junior bantamweight‚ and the IBO belt in the flyweight class.

"Even though I did not know Sikali‚ I must say that I am excited and honoured to chosen to headline a bill to honour him‚" he said.

"I will defending my IBF Inter-Continental title (junior lightweight) against an experienced Mexican Romulo Koasicha on the day.

"I am excited because I now see the direction in my career. To me every fight is a must win one because I am on the path to fighting for a world title."

Sikali was regarded as one of South Africa's most talented boxer and won world boxing titles in three weight divisions.

The left hander as stabbed to death in 2005 as he attempted to fight off a couple of muggers as he was walking back home.

The muggers were arrested few hours after the incident and a mobile phone‚ which had been stolen from Sikali earlier‚ was also recovered.

Promoter Ntuthu explained the decision to take his tournament the Port Elizabeth venue.

"As Rumble Africa there are two things about our upcoming tournament - the venue is where numerous battles used to take place‚" he said.

"I see it in the same way as the Orient Theatre in East London‚ The Carousel in the Northwest and MGM Grand in Las Vegas.

"Those venues are synonymous to historic boxing fights.

"The second issue is that of Vuyani Nene who was an accomplished boxer from Port Elizabeth and who is now retired.

"So we thought we should start our journey to honour our people with Sikali and others will follow.

"It really hurt me though when he defeat Makepula twice because I was so sure that Masibulele was going to win. I had so much faith in trainer Mzimasi Mnguni and his Eyethu Gym was home to me.

Fuzile from Duncan Village near East London is regarded as one of the brightest prospects to emerge from Eastern Cape and the talented left hander has held several titles in a young career of just 13 fights.

Ntuthu gave Fuzile his first professional fight at Orient Theatre in 2014 and the young fighter was trained by Mzamo "Chief" Njekanye during his amateur years before moving to Colin "'Nomakanjani" Nathan in Johannesburg.

Fuzile said he's in Johannesburg to make a name for himself and will keep his eye on the prize.

"I am here in Johannesburg to work‚" he said.

"I am still an Eastern Cape boy.

"The bottom line is to stick to what I want and what I came here for."