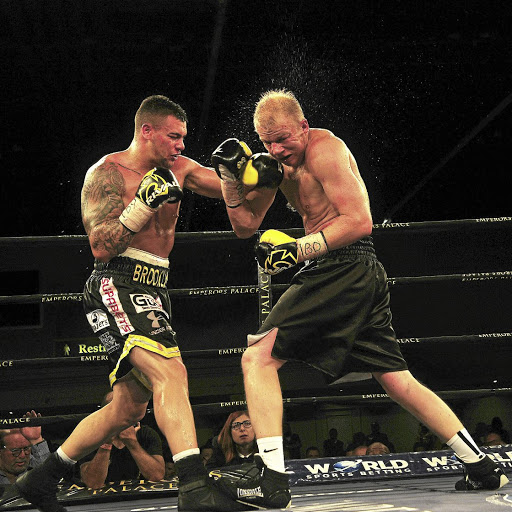 "He goes all out and he does everything 100percent," said Mchunu. The accomplished left-hander from KwaZulu-Natal, who is trained by Sean Smith in Johannesburg, was speaking after Lerena's sparring session with heavyweight hopeful and stablemate Keith Gomes in Fourways yesterday.

Sean is actually the younger brother of Peter who is responsible for the successful career of Lerena, the current IBO cruiserweight champion, whose belt will be on the line for the fourth time against Arturo Mann from Germany at Emperors Palace on March 16.

"Training, diet, recovery and time to rest. Kevin does not compromise. You know some of us take all these things lightly; they play a big role in a boxer's life. Kevin is also too quick to learn because he started boxing a little late."

Lerena, a former horseracing jockey, does not have any amateur experience. But Peter has guided him to winning the SA, WBF All Africa, WBC Youth and WBA Pan-Africa belts.

"I learnt some of these things from him. He is young and has lots of time in his hands. He has all the tools to become better. It will not be difficult for him to achieve what he wants if he continues behaving the way he does as a boxer," Mchunu added.

Lerena said: "I've learnt precision from Thabiso [Mchunu]. He is slick and not easy to hit. When I was a young guy they taught me to be evasive. I did not give a damn about getting hit because I was arrogant as a youngster. The older I get, the smarter I get."