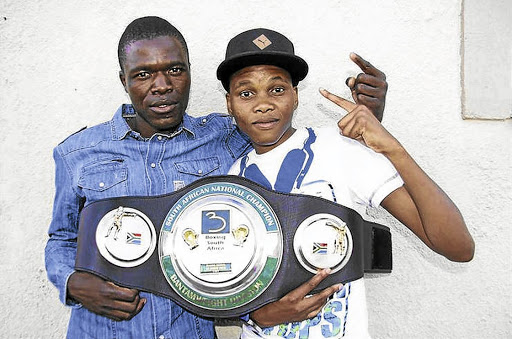 He remains unknown to most members of the boxing fraternity, but boxers see good in unheralded trainer Emmanuel Mutavhatsindi from Giyani.

His charge Bukiwe "Anaconda" Nonina from Dutywa in the Eastern Cape has won the sought-after boxer of the year award back-to-back in 2016 and 2017 but the man who guided her to five defences of the SA bantamweight belt as well as the WBF strap has never been nominated for the trainer of the year award.

This talented boxer from Seymour in the Eastern Cape has previously held the SA
junior bantamweight belt.

"I am excited to have been joined by Sharadene and this really shows that some people out there see good in me," said Mutavhatsindi.

"Being joined by Fortuin makes me work harder than before.

"I am working on something for her and she could be in the ring in April in America. Regarding Maemu, we are working harder.

"In fact, I have been working with him since 2015 in most of his fights even though he was with Alan Toweel Junior."

"Management issues forced me out of that gym," she said.

"I feel welcomed and I am happy. I see a bright future ahead of me."