Visser advised to go back to trainer 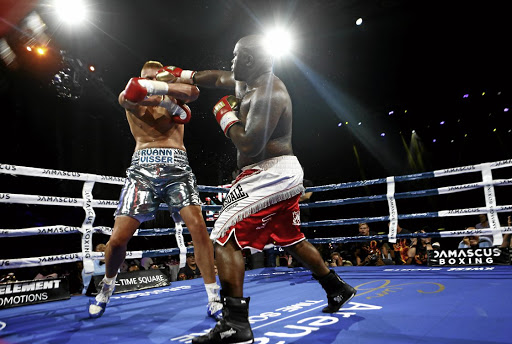 While American boxing trainer James Ali Bashir lambasted judges for his boxer Ruann "Giant King" Visser's loss to Elvis "The Bulawayo Bomber" Moyo, the victor instead advised Visser to go back to trainer Gert Strydom if he wants to get somewhere with his career.

Moyo, the SA-based Zimbabwean, outpointed Visser over 10 rounds in the main contest of the Battle of the Warriors tournament that was staged by 5th Elements Promotions. The fight was at Time Square at Menlyn, Pretoria, on Sunday.

Judges scored the bout 97-93, 96-94 and 98-95. Bashir - who hones Visser' skills at his family gym in Meyerton, south of Johannesburg, said: "Clearly the jab, which is the most important punch in boxing, does not count here in SA.

"If judges do not appreciate the jab, then I don't know how else will they score fights."

But Moyo - who handed Visser his second defeat in 16 fights - said: "Ruann must just go back to his first trainer Gert Strydom, who trained both of us.

Women's boxing in South Africa is nothing but an illusion.
Sport
3 years ago

" I believe that the person who will take Ruann's career to greater heights is Strydom."

Visser said: "I thought I won the fight. Yes, I waited too long and did not work hard but still I scored with my jabs."

Earlier in the afternoon, Justice Siliga revived his chances of challenging Visser for the SA heavyweight title by defeating Luke Sutherlands in their closely contested eight rounder, which was the title eliminator.

"I am excited that finally I got to fight. The next time fans see me in the ring will be against Ruann."