Lala hangs up his gloves for good 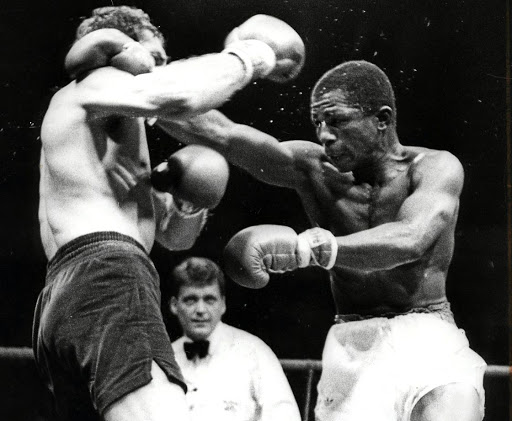 Harold Volbrecht against Joseph Lala in the 1980s. / Mbuzeni Zulu

"He was a nice and humble old man. When I was very young I used to watch him box and later on when I became a promoter he was constantly in my gym training young fighters. But it was not possible for him to come as many times as he would have because he stayed far," Mahoko said.

"He was one of the founder members of the Mangaung Boxing Association formed just after the tournament we had to honour all our former old-time greats."

The 65-year-old tough-as-nails boxer from Bloemfontein - who lost all his three epic battles with equally competent Harold "The Hammer" Volbrecht for the SA welterweight title - served the fistic sport with great distinction for 13 years.

Lala fought his first professional bout in 1977 and tasted defeat in his eighth fight to Morris "Mixo" Mohloai.

Tommy will put pressure on The Rock

He bounced back to win three fights consecutively before losing to David "Baby Lux" Khambule, Peter "Byl" Mgojo and Volbrecht.

Again the never-say-die Lala chalked up seven straight wins before meeting Volbrecht for the second time in 1982. Lala won his next fight and later met Fanie van Staden who handed him a loss in 1983.

The left-hander from Zwide in Port Elizabeth - who captured the SA junior welterweight belt in 1986 - proved too agile in their fight and defeated Lala whose skills were deteriorating with age.