Kevin Lerena to return to the ring in March 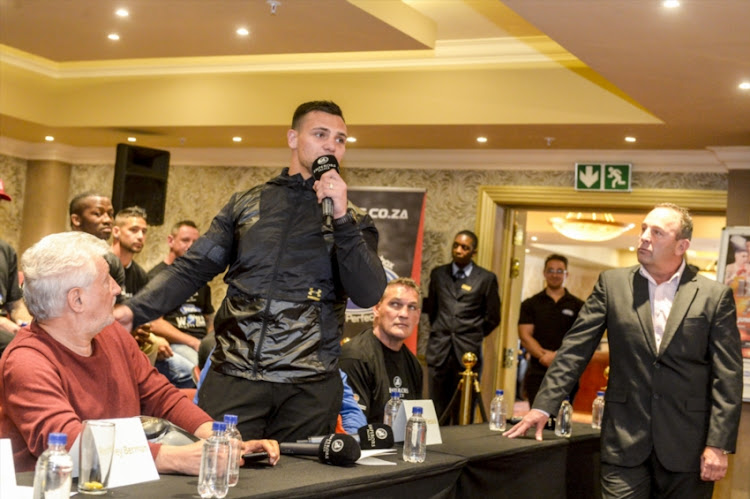 IBO cruiserweight champion Kevin Lerena will return to the ring in March after recovering from shoulder surgery last year.

He will headline one of two Golden Gloves tournaments that were announced at Emperors Palace on Thursday afternoon.

Lerena will take on Artur Mann in the main bout on March 16 while his stablemate‚ SA super-middleweight champion Rowan Campbell will defend his belt against Yanga Phetani in the main fight of the February 24.

“Thunderman” Mann of Germany is undefeated in 15 fights‚ with eight knockouts.

It’s the first time in a while that Lerena‚ 21 wins (9 KOs) and a single loss‚ is facing someone less experienced.

But Lerena‚ who last fought in June‚ insists he’s not underestimating him.

“It will have been nine months when I step into the ring ... Shoulder surgery has made me a different animal‚” Lerena said at the press conference.

“None of my opponents have been Mickey Mouse‚ they’re the real deal. I’m going to continue working hard. Artur Mann is a good opponent‚ he cannot be overlooked.”

Trainer Peter Smith said Lerena had been progressing well after a six-month lay-off.

“I’m very excited for Kevin now. The top guys know who Kevin is ...

“I think Kevin is going to blow the roof off.”

Smith added that Lerena had subsequently tested clean after his positive test last year‚ which he added had been done while he was still under medication from the surgery.

There are some enticing bouts on the undercards. In the February show‚ Gauteng junior-welterweight champion Jabulani Makhense takes on SA champion Xolani Mcotheli.