Lubisi hoping to fight his way to medical school 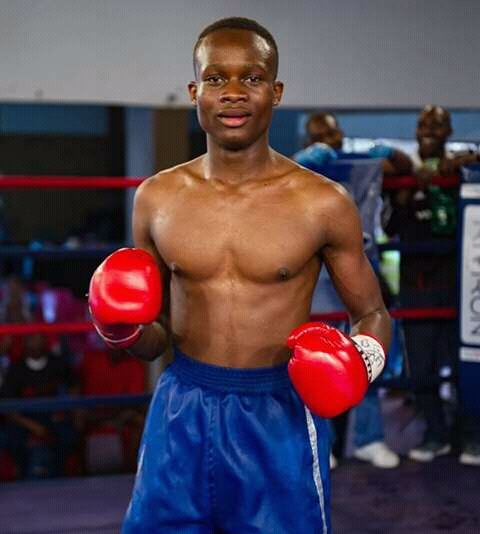 Mpumalanga prospect Arnel "The Hope" Lubisi intends to become a medical doctor. He remains undefeated after three fights. One win was a knockout of Leo Gloss.
Image: Supplied

Boxing is historically not a sport for the academics.

But in recent years some champions including Lovemore "Black Panther" Ndou have done wonders and actually given the fistic sport a good name and respect through their academic achievements.

Ndou is not only a practising lawyer but the former two-weight world champion owns a law firm in Australia, where he has lived for 23 years.

SA boxing could soon have a medical doctor. Rising star Arnel "The Hope" Lubisi from Middleburg in Mpumalanga wants to double up as medical practitioner.

The 18-year-old, who can easily be mistaken for a young Mark Breland (American former world and Olympic champion), recently passed matric.

Ndou to fight from outside ring

"I want to be a doctor," he said. But he will take a break from school this year and focus on boxing, where he hopes to raise funds to further his studies next year.

"This whole thing has do with finances. Maybe I will get a sponsor while collecting some money in boxing before I go back to school in 2020 to do medicine," said the boxer who remains undefeated after three fights in the bantamweight class where his father, Abram, won the Mpumalanga title.

"I know him from the amateurs. I want beat him and make people aware of who I am," said Lubisi.

Malajika has two wins from two fights under Golden Gloves.

Ndou hangs up his gloves

Highly educated boxer and former world champion Lovemore "Black Panther" Ndou has hung up his gloves, bringing the curtain down on an illustrious ...
Sport
5 years ago

Abram, who hones the skills of his son, said: "I am proud of this boy, who passed his matric well. If he continues listening the way he has done from the amateurs ranks until now, I am confident that he will become a world champion. He is a well-grounded boy."

Abram added: "I named him after Australia-based Filipino Arnel Barotillo. I helped with sparring for his IBF junior-featherweight fight against Vuyani Bungu at the Carousel in 1997. I helped Barotillo also for his fight with Lehlohonolo Ledwaba in 1998. We became close and he actually helped financially."

The Lubisi family is known for boxing. All four brothers - Bheki, Abram, Oupa and Anias - were professional fighters.

Their only sister, Zodwa, retired after her one amateur bout with Esther Mashiya in Pretoria, and then became a ring official.