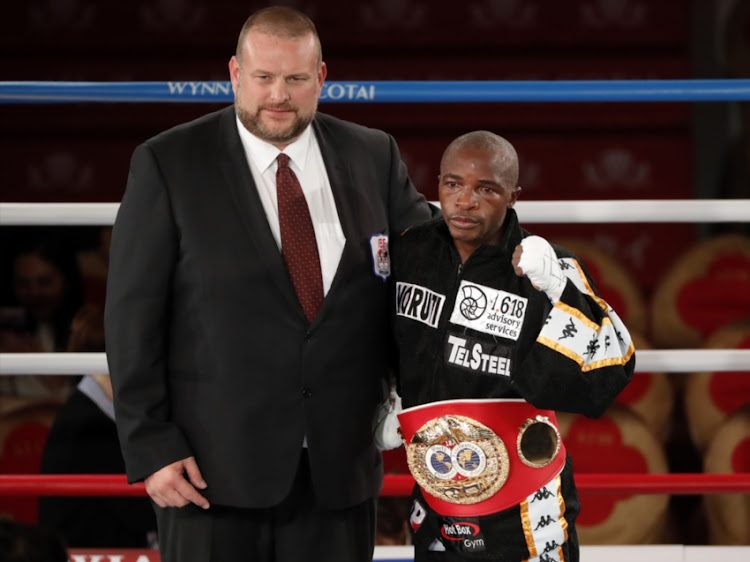 Mthalane, 36, was superior in terms of skill and power from the opening bell and he battered Japanese challenger Masahiro Sakamoto, 27, into submission over 10 rounds.

The South African, making the first defence of his title, improved to 37 wins and two defeats, while Sakamoto dropped to 13-2.

Sakamoto had been heralded as a puncher with nine of his victories having come inside the distance, but Mthalane dished out the punishment, closing his opponent’s right eye before the referee waved it over during the break before the 11th round.

Budler, on the other hand, had no real answer to the power of another Japanese challenger, Hiroto Kyoguchi, the previous IBF strawweight champion.

At 25 Kyoguchi was five years younger than Budler, and he was also stronger and quicker.

Budler, also in his first defence, held his own over the opening six rounds, and he looked good when he fought from the outside, but he was unable to keep his opponent off him.

From the seventh round onwards Kyoguchi took control of the bout and from that point onwards, Budler could do little more than win a few skirmishes.

The moment he tried to engage in the trenches, going toe to toe, he came off second best, and trainer Colin Nathan decided to end it in the break after the 10th round.

Budler had also appeared to be struggling with his breathing for the last few rounds, frequently trying to clear his nose during the fight.

This was the first stoppage defeat for Budler, who also loses the Ring magazine belt as the best fighter in the division.