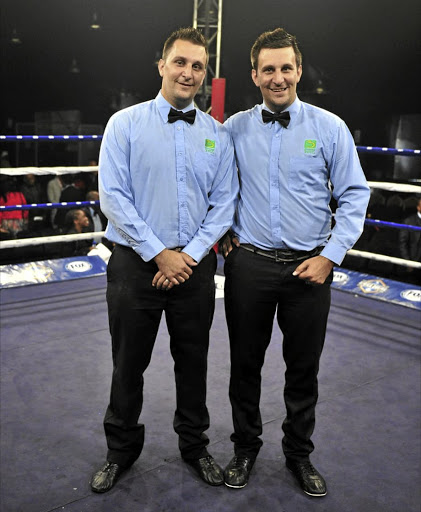 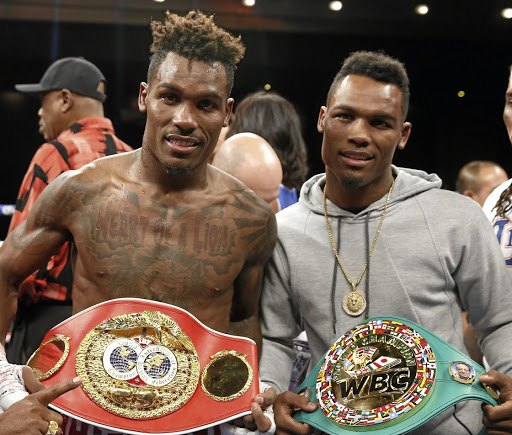 The boxing bug has found two victims in one family - the Helberg brothers, who are based in Durban.

Twins Phillip and Andre, 27, are jolly good fellas. They are both licensed as ring officials by Boxing SA. The only serious challenge we found when meeting the two officials was in telling them apart.

The first conversation Sowetan had was with Phillip when he was the ring inspector during the welterweight bout between Kiabua Mafisi and Kagiso Bagwasi at Sibaya Casino in Durban on November 23.

The inspector, appointed by a provincial manager for BSA, basically just makes sure boxers' corners do everything according to the rules governing the sport and controls them during fights.

Phillip disappeared after that bout, and suddenly his brother Andre was in the ring for the heavyweight clash between Wilhem Nebe and Gilson Jeputers. When I looked around I saw this guy coming towards Nebe's corner, and he looked just like the one inside the ring.

Gosh! Who did I speak to? They are so identical. I then greeted him, and laughed and said, "Sir, you greeted me when I sat next to you for the fight between Mafisi and Bagwasi."

He laughed. I was embarrassed but he calmed me down and said "I understand".

Phillip tells me that he is the elder brother. They were born to Ronela and Gert Phillip in the Bluff, where Gert opened a boxing gym in 2005. That is where Keaton Gomes - now with Peter Smith in Johannesburg - was discovered.

Gert died in March while Ronela is still alive.

Andre is married to Helena and they have two children, son Delen, who is nine, and one-year-old daughter Danica.

Phillip is married to Sone and they have a son, two-year-old Liane.

"Darryl saw something in us and invited us to the boxing [gym] and the rest is history. We have now been officiating for four years and we love it.

"My wife is supportive, and she trains women in our gym," said Andre.

Having made a vow "never" to lose against a South African opponent again after being defeated by Azinga "Golden Boy" Fuzile last year, Rofhiwa "War ...
Sport
3 years ago

He says they fought against each other when they were younger and there was no loser.

Asked how one can tell them apart, he suggested: "Spend time with us, you will notice something."

He says he was once almost beaten up in the streets for Phillip's sins.

"When Phillip is angry I feel it too," says Andre.

Phillip quipped: "He took my girlfriend in school and we fought. No one won or lost.

"We swapped classes because I was chasing after a girl who was in his class and teachers did not even notice.

"My wife went to my brother when we were still dating and started dancing with my brother, thinking it was me."

Another set of identical twins who are in boxing are the Charlo brothers, Jermall and Jermell.

These Americans have forged successful careers and earned a reputation as being among the best in the world.

For a time they held junior-middleweight world titles simultaneously, thus becoming the first twins in boxing history to hold belts at the same time.