Sikho gears up for title defence 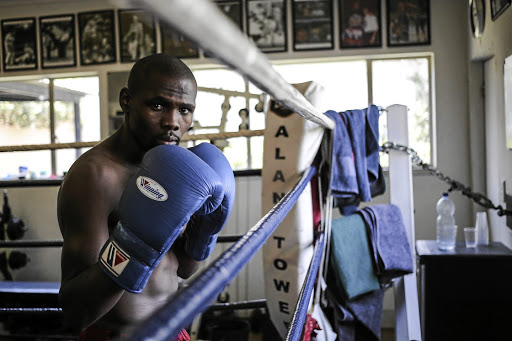 Nqothole, from Mthatha, made his debut in March last year and the hard puncher remains undefeated after 11 fights, with seven knockouts.

His efforts saw him getting nominated for the 2017 Boxing SA male prospect of the year award, which was won by Lunga Stemela.

Nqothole is currently rated No 2 nationally and his hard work, determination and dedication won him the WBA Pan African belt in June.

The belt Nqothole won against Sunday Kiwale in Durban will be on the line against Sabelo Ngebiyana in Swaziland on Friday night. The fight will be Nqothole's 12th in 20 months.

Ngebiyana, the No 1 contender for the national title from Cape Town, has eight knockouts in nine wins against three defeats .

Toweel said: "I believe he is one of the best currently. Sikho has great boxing brains, a wonderful high work ethic, [is] clean living and is always in condition, even when he is not fighting. He has something special.

" I want to work towards a WBA International title fight over the next couple of months, all depending on his performance on Friday."

The dream that fuels unbeaten prospect Sikho Nqothole is to become a champion so he can buy a house for his long-lost mother who walked out of the ...
Sport
3 years ago

Nqothole, 24, said: "I know him [Ngebiyana] very well and I don't take him for granted. I respect him. I'm prepared for anything that he does and I will retain my title. If the opportunity arises for me to knock him out, I will knock him out. He is not a dangerous southpaw but a normal boxer who trains hard. The title will remain with me."

The fight will form part of the bill that will be staged by Setanta Promotions in conjunction with Fox Sports Africa.

Meanwhile, renewals for licensing for 2019 will open next on November 19 across all provinces, Boxing SA COO Cindy Nkomo has announced.

"With the view of giving all our licensees a much more easy and pleasant licensing experience, BSA has over the past few months engaged various licensees to establish their experience with our licensing process. The feedback highlighted areas with challenges and has also assisted BSA in identifying areas of improvements," she explained.

"We are therefore pleased that we will soon be announcing some changes and improvements to the licensing process so that all interested parties are well informed in time and well prepared before the opening date."