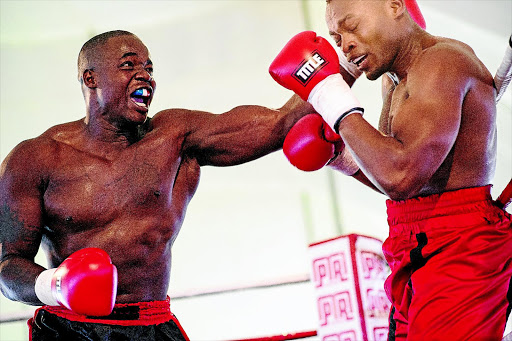 They meet in a vacant WBA Pan African heavyweight title fight in Swaziland.

"We have already beaten two of Alan's boxers - Leron Myles and Mark Farah - and we are going to do it again on Friday," said Bonyeme yesterday.

His boxer Jackson Masamba knocked out Myles in round four in July, while Bouckson Bokasa handed Farah his first defeat, after five straight wins and a draw, on September 2.

"Justice will be our next victim from the same stable," said Bonyeme.

"Alan Toweel threw in the towel in both his boxers' losses. I think he must change his surname because he will be forced to throw in the towel again on Friday. I am going to give him a Congolese surname after Friday.

"There will be no time to dream. Justice has not fought against anybody. He fought a 40-year-old Osborne Machimana and still he could not beat him."

Come on SA fans, our boxers need us

Our African brothers and sisters are showing us up at our home tourneys.
Sport
3 years ago

Siliga has six wins, all by six knockouts against six losses, while Simba has 12 knockouts in 14 wins against five losses. Both boxers are 29 years old.

Toweel is the son of legendary late trainer Alan Toweel Senior, one of the six siblings who helped engrave this surname in SA boxing history books.

Of the others, Vic won the SA bantamweight title in his third fight in 1949 and became the first local boxer to win the Commonwealth (formerly known as British Empire) title the same year.

He was also the first local boxer to be presented with the Ring Magazine belt in 1950.