Ntuthu's effort is bigger than awards 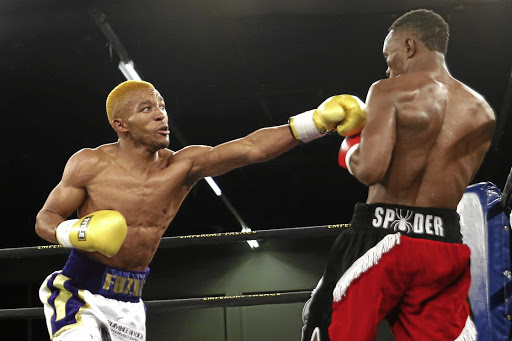 Promoter Thembalethu Ntuthu says he is not staging a five-championship tournament at Orient Theatre on Sunday merely because he wants to win an award at the end of
the year.

The East London-based promoter said it was about time his Rumble Africa Boxing promotion upped its game.

"It is all about growth, one cannot remain newcomer forever," Ntuthu said.

He staged his first tournament in 2014 on a weekend which had three tournaments.

The Friday and Saturday tournaments were staged by Ayanda Matiti and Andile Sdinile, respectively.

There were concerns that Ntuthu's maiden tourney could flop in terms of attendance but surprisingly it attracted the biggest crowd.

"Just to show that we mean serious business, we will be back in action in Port Elizabeth next month, and end the year in style in East London on December 9.

Those tournaments will also be championships," Ntuthu said.

Also to feature in the Sunday's tournament will be Lerato Dlamini opposing Tanzanian Haidari Mchanjo for the vacant IBF Continental featherweight belt while Siphosethu Mvula and Prince Dlomo will vie for a vacant ABU lightweight title.

Sive Nontshinga and Tiisetso Modisadife will battle it out for the vacant ABU junior flyweight strap with Phila Mpontshana putting his SA junior lightweight belt on line against Anthony Moloisane.