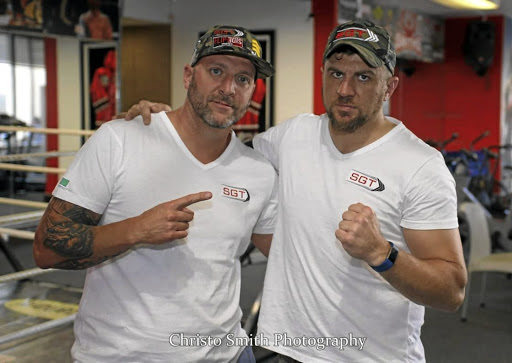 Castle is a former heavyweight professional who is now a trainer at his TopBox Gym in Fourways, Johannesburg. He hones the skills of many fighters, including 33-year-old Sutherland.

"People must not read too much into the two boxers' fight records because they do not reflect the true potential and ability Sutherland possesses," warned the straight-talking mentor yesterday.

Sutherland from Randpark Ridge in Roodepoort has two wins in two fights while 27-year-old Visser from Meyerton, south of Johannesburg, has a single defeat against 13 wins with 12 knockouts.

There was a cry as to how was such a mismatch approved.

But it was due to lack of boxers in heavyweight division which led the sanctioning committee to give the two boxers a go ahead with their bout that will form part of 5th Elements Promotions card - the second for female promoter Janie Gouws.

"Ruann has not fought anybody of note," said Castle straight up. "He won the SA title yes ... I don't think Ruann deserves to hold the SA title."

Castle said they did not sign the contract to lose.

"We are going to stop Ruann - early or late it does not matter.

"Look, there is no pressure on us; we just want go in there and show what Sutherland is bringing to the heavyweight division."

Hekkie "Hexecutioner" Budler has made the final top five list for the SA Sports Star of the Year Award.
Sport
3 years ago
Next Article