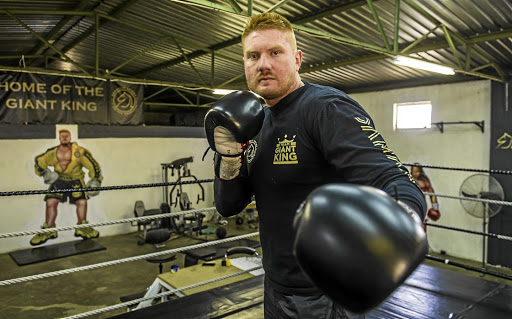 This is a milestone victory for a boxer to have a doping charge withdrawn by the
SA Institute for Drug-Free Sport (Saids) which is the country's highest office in dope testing in sports.

Saids then provisionally suspended Visser from competing and participating in any authorised sport at any national or international level as from the date of the notification of his suspension which was April 16.

The status of Barend “Barries” van Rooyen and Ruann “The Giant King” Visser is confusing as they remain SA boxing champions despite being found ...
Sport
3 years ago

It is said that Visser appeared before a disciplinary committee last month.

Boxing SA chief executive Tsholofelo Lejaka said: "Ruann had charges withdrawn by Saids and he is free to continue with his career. Saids has written to us that they have withdrawn charges against Ruann and that suspension is lifted."

Khalid Galant, chief executive of Saids, said: "Professional heavyweight boxer Ruann Visser was acquitted this week by an Independent Doping Tribunal on a doping charge. Saids charged the boxer for an anti-doping rule violation for the presence of Stanazolol in his sample. Subsequent to additional evidence provided by the athlete and investigation by Saids, the charges were withdrawn due to discrepancy in the transportation of the samples."

Visser said: "I am happy and relieved that the whole thing
is over. It has been seven months of hell."

The soft-spoken boxer will face Luke Sutherland in a non-title fight on October 21 at Time Square in Menlyn, Pretoria .

"I will knock him out," said a confident Visser.