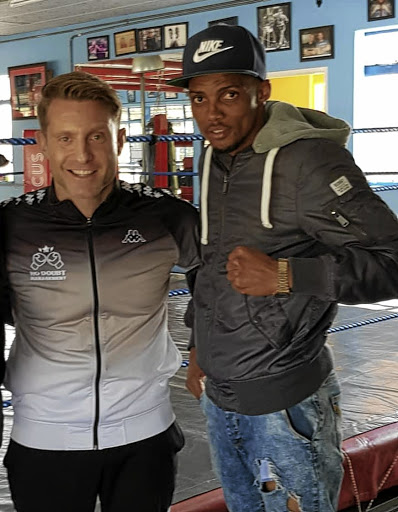 Khanyile "Man Dee" Bulana, the recently crowned SA featherweight champion from tiny Scenery Park in East London, did not tell his parents he was moving to Johannesburg to team up up with successful trainer Colin "Nomakanjani" Nathan.

Like any caring parent, when mom Yoliswa found out, she warned him not to get into mischief under the bright lights and fast life of Johannesburg, which has become his second home.

He turned 27 on Tuesday and celebrated a birthday away from home for the first time. He now lives in Kew.

The soft-spoken second born in a family of four explained why he didn't want his parents to know about his move.

He has already spent two weeks with Nathan.

"I surprised them because they are too protective," he said.

"My older brother broke the news to them, and my mother called and asked if it was true that I had left for Johannesburg.

"I confessed and also apologised.

"She then reminded me not to forget why I relocated to Johannesburg.

"My intention is to become a world champion from Scenery Park."

The last national champion from that area was Sabelo "Homicide" Jubatha.

He won the SA featherweight belt in his 11th fight, against Thando Vukuza.

"I made a promise to him [Jubatha] that I will win back his title.

"It was a nice feeling, really, to win that title," said Bulana, who is undefeated in 10 fights, with seven knockouts.

Bulana had 50 fights under Luyanda Nxaba but Khululekile Cengani was in his corner. They had been together for four years.

"There is no conflict between us," said Bulana. "I needed to move away from home to avoid distractions.

"I know nobody here, so it's gym and back to my place."