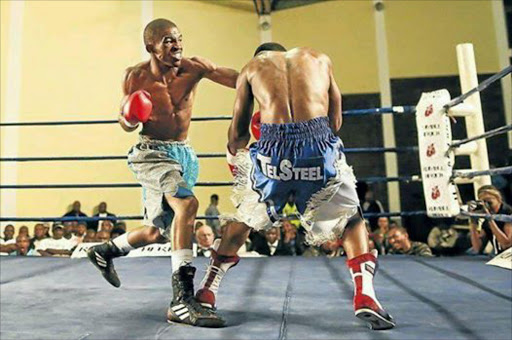 The now-revered boxer has been under Njekanye's guidance for 12 years.

Nathan was a ringside guest in that tournament and was introduced as Fuzile's international manager.

Njekanye said: "What annoys me most is that Azinga has joined Colin and this is happening for the second time that my boxer joins him. Xolisani Ndongeni left me and joined the same man. Now it is Azinga. What a coincidence.

"This really upsets and hurts me. But I will continue producing champions," added Njekanye.

Njekanye had taken Ndongeni from obnowhere and turned him into a two-weight SA champion. Ndongeni went on to win the Premier Boxing League.

Nathan said: "Azinga initiated communication asking if he could join my stable along with SA featherweight champion Khanyile Bulana. I agreed to take both of them and yes, they are in my stable."

Nathan guided Hekkie Budler to the IBF, World Boxing Association (WBA) Super and The Ring Magazine junior-flyweight titles; Simpiwe Konkco to the retention of his IBO mini-flyweight title; Moruti Mthalane to the defence of his IBF flyweight belt and Ryno Liebenberg to the African Boxing Union (ABU) super-
middleweight title this year.