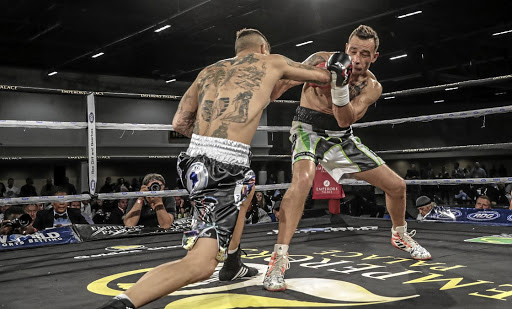 Wade Groth has to wait until the finalisation of the case involving current South African middleweight boxing champion Barend van Rooyen to find out if his status as the interim champion remains the same or is upgraded.

Van Rooyen was banned for two years from action by the SA Institute for Drug-Free Sport in April after failing a dope test when he captured the national title in December. Van Rooyen has appealed.

Boxing SA gave the green light to Groth and Wynand Mulder to contest the interim title to keep the division active. Groth pulverised Mulder into submission in six rounds at Emperors Palace on Friday night.

Boxing South Africa chairperson Peter Ngatane explained: "Groth will wait for the finality of Van Rooyen's case. If Van Rooyen wins the case, he will then be ordered to defend against Groth but if Van Rooyen loses the case, Groth's status will be upgraded to that of being the actual champion."

It is not clear when the case will be heard but in the meantime Groth, who is trained by Anton Gilmore and Raymond Serfonteyn, can defend the title if there is a challenger.

Groth punished a bloodied Mulder, who went down in round six, prompting referee Simon Mokadi to intervene.

Rowan "Braveheart" Campbell had an easy evening, dominating Renson Hobyani, who he dropped in the 11th round, only to see two judges vote him as the new champion by a razor thin margin.

One judge scored the fight 114-113, which simply meant that had Hobyani not gone down, the Limpopo boxer would have been the winner. It was a similar case with another score of 115-113.

Professional debutant Keaton Gomes could have ended the career of Moses Bila with a first-round knockout.

The ringside doctor recommended that Bila, who lost his fifth fight, not be allowed to continue boxing.