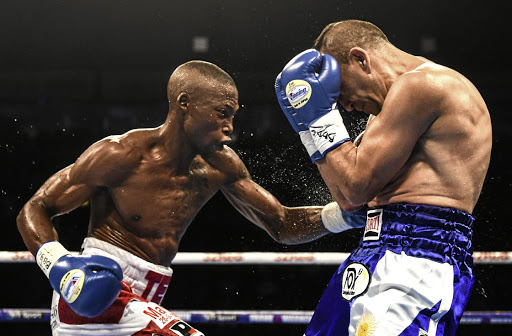 The 26-year-old Burnett from the UK will defend his WBA Super bantamweight title against the 35-year-old Donaire from the Philippines. Their fight takes place in Russia next month.

That bout between Burnett, who is undefeated after 19 fights, and Donaire, who has 24 knockouts in 38 wins against five losses, will be the first quarterfinal bantamweight title fight in the World Boxing Super Series.

Tete will defend his WBO strap against Mikhail Aloyan of Russia while Japanese Naoya Inoue will put his WBA strap on the line against Juan Carlos Panayo of the Dominican Republic. IBF holder Emmanuel Rodriguez of Puerto Rico will defend against Australian Jason Moloney. These fights take place next month.

The hard-punching Tete has left 21 of his 27 opponents gasping for air while Aloyan has only four fights. Aloyan is a former top amateur who won gold at the 2010 European Championship, a bronze medal at the 2012 Olympics and gold at 2011 and 2013 World Championships.

The sensational left-handed Tete, who came back from Russia at the weekend, said: "I am already looking forward to meeting anyone between Burnett and Donaire."

Tete explained that the match-ups were done through the draw in Russia last week. The winner of the quarterfinals matches will set up some mouthwatering fights in the semifinals.

"I was seeded No2 while Ryan Burnett was No1. Inoue was No3 while Rodriguez was No4. The unseeded fighters were Moloney, Nonito, Payano and Aloyan. It was clear that Rodriguez and Moloney would fight against each other because the IBF had already ordered Rodriguez to defend against him.

"Burnett chose Donaire and Inoue chose Payano. The two remaining were myself and Aloyan, and it then became obvious that I was to face him.

"Look, I will not look at my opponent based on his fight record because that may be misleading. All I know is that he has a very good amateur background."

Tete is trained by Loyiso Mtya, Phumzile Matyhila and Monelisi Myekeni while his career is guided by Mlandeli Tengimfene. Tete is promoted in England by Frank Warren.