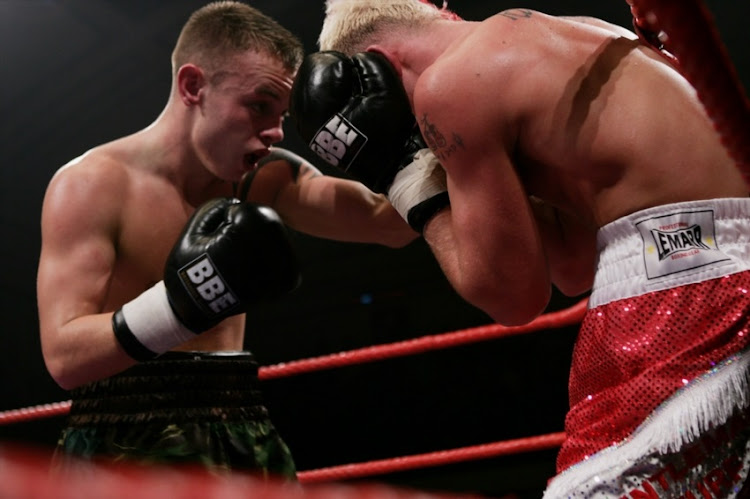 The five men below continue to loiter around the ring and are seemingly not keen to follow in the footsteps of Robin Deakin‚ the UK boxer who announced his retirement from boxing recently.

Deakin only managed two wins against 53 losses in his career and the 32-year-old‚ who saw it fit to give himself the nickname ‘‘Britain's Worst Boxer”‚ raised eyebrows when he boldly declared: ‘‘I’m infamous for being sh*t.”

The five boxers below have no reason to still be in the game after a string of losses.

They seem to have lost the drive‚ and more pertinently‚ their skills have deteriorated to a point where continuing to fight could pose a serious threat to their health.

1) Osborne "Big Daddy" Machimana‚ 39Just recently Machimana tipped the scales over 135 kilograms and was unable even to move in the ring when he lost the SA heavyweight title to Ruan Visser. Machimana has 11 losses against 23 wins.

A medical doctor said Machimana – who went down from a two-punch combination in the seventh round – could have collapsed and died if the fight was fought at a fast pace.

2) Khayeni Hlungwane‚ 36 Hlungwane has been around since 2008 but he has failed to win even the provincial title.

He has 13 losses against eight wins.

The former SA junior lightweight champion‚ who has fought great names‚ including Nate Campbell‚ for the WBA Super‚ WBO and IBF titles‚ has become a pale shadow of his former self.

Funeka – who boasts 31 knockouts in 39 wins – has just lost to an eight-fight novice in what was Funeka's ninth defeat. His eyesight has become poor and the balance is gone.

4) Warren "The Warrior" Joubert‚ 36 Joubert‚ a former SA junior welterweight champion‚ engaged in numerous wars since the early days in his career.

His sixth round stoppage by Xolani Mcotheli was his fourth in six losses against 26 wins.

Joubert's reflexes have deteriorated and the correlation between the muscle and nerve is no long there.

He no longer sees punches coming.

5) Mfundo Gwayana‚ 40 Gwayana‚ who was a successful boxer in his early days more than 15 years ago‚ has become a pale shadow of his former self and has lost 11 of 34 fights.

Basically he began taking punishment from the amateurs and he has now boxed 194 rounds in the professional ranks‚ where he has been stopped seven times.