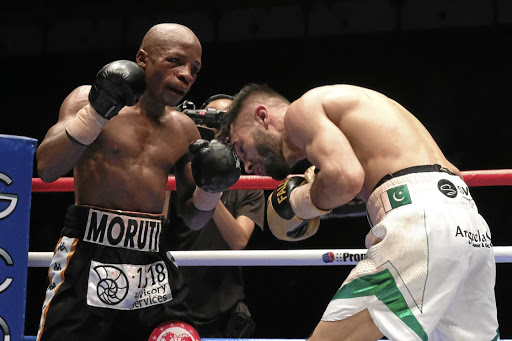 Champions have something special about them, the quality that is difficult to put a finger on.

Just when you think they are done and dusted, they spring a surprise.

Their obituaries as fighters had already been written going into their big fight in Malaysia yesterday.

Mthalane won the IBF flyweight on points against Muhammad Waseem, the 30-year-old Pakistani who had Jeff Mayweather in his corner.

Waseem dropped Mthalane in the 11th round of their closely contested bout.

Two judges aptly scored the fight 114-113 (twice) while their colleague who scored it 116-110 must have smoked his socks.

Mthalane, who has been a professional for 18 years, reclaimed the title he last held six years ago.

The boxer, from Lindelani in Durban, came off a run of four straight knockouts.

Mthalane, who is trained by Colin Nathan, improved to 36 wins against two losses, while Waseem tasted defeat after eight wins.

Former amateur boxer Charles Mtshali, 50, is so in love with children and boxing that he has started a makeshift gym in his yard in Tsakane Extension ...
Sport
3 years ago

Meanwhile, Pacquiao of the Philippines dominated and eventually defeated WBA welterweight champion Lucas Matthysse of Argentina in the seventh round.

It was Pacquiao's first knockout since 2009 and he improved to 39 KOs in 60 wins against seven losses and two draws, while Matthysse suffered his second knockout in five losses against 39 wins.

The tournament at Axiata Arena - the first in Kuala Lumpur, Malaysia, since 1975 when Muhammad Ali retained both his WBA and WBC heavyweight titles against Joe Bugner - was staged jointly by Pacquiao and Golden Boy Promotions of Oscar De la Hoya.

At 35‚ world title challenger Mthalane is young by SA standards

Moruti Mthalane may be considered a little old for boxing at 35‚ but if he wins the vacant IBF flyweight title in Malaysia on Sunday he won’t be ...
Sport
3 years ago

Elsewhere, it was the case of so near, yet so far for Mapule "Thunder" Ngubane who missed out on the opportunity to rewrite the history books of local female boxing by becoming its first Commonwealth champion.

Ngubane, 29, lost on points to Stacey Copeland for the vacant junior middleweight Commonwealth title at the International Convention Centre in Harare on Friday night.

The loss was Mapule's sixth against seven wins, while Copeland, 36, from the United Kingdom, improved to five wins.

In the main bout, Emmany Kalombo retained his WBF Intercontinental junior middleweight title with a second round stoppage of Samuel Antwi.