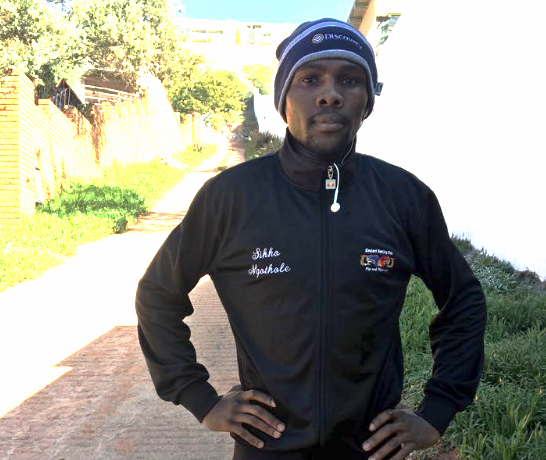 The dream that fuels unbeaten prospect Sikho Nqothole is to become a champion so he can buy a house for his long-lost mother who walked out of the family home in Mthatha when he was just a teenager.

Nqothole‚ with nine victories in the paid ranks‚ takes on the vastly more experienced Tanzanian‚ Sunday Kiwale‚ for the vacant WBA Pan African junior-bantamweight title at the Sibaya casino on the KwaZulu-Natal north coast Wednesday.

The longest Nqothole has gone since turning professional under Johannesburg-based trainer Alan Toweel Junior in March last year is six rounds — on three occasions — but on Wednesday his bout is scheduled for 12 rounds.

But that’s not a problem for Nqothole‚ who trains hard.

Eastern Cape-born WBO bantamweight champion Zolani Tete could be headed for the biggest payday of his life after he was included in the second ...
Sport
3 years ago

He was like lightning on his last‚ hard road run up the merciless Northcliff hill‚ and he still had enough left over to do sprints up a long‚ steep driveway.

“That’s why I want to work hard‚” Nqothole said.

“If she [his mother] comes back‚ I would like to build a home for her.”

Nqothole was 16 in 2010 when he returned from holiday to the home he had shared with his father‚ three sisters and brother to find his mother had left.

“We don’t know where she is‚ if she’s even alive or dead‚” said the fighter.

“When I got home that day — the worst memory of my life — that’s when I realised I have two options‚ school and boxing. I knew I must take them with both hands.”

Nqothole says he won eight national titles as an amateur‚ four at age-group levels and four at senior.

Tete and Budler on brink of boxing fame and fortune

South Africa is unnoticeably on par with countries whose boxers are competing at the highest level.
Sport
3 years ago

He was one of two local boxers to secure a spot on the 2016 Rio Olympic roster by winning gold at the African qualifying tournament‚ only to learn that the SA Sports Confederation and Olympic Committee (Sascoc) was not accepting continental qualifiers.

He and other SA boxers then had to try qualify at an international tournament in Azerbaijan‚ but none succeeded.

That’s when he decided to join the paid ranks.

An experienced boxer‚ he doesn’t get nervous before a fight‚ but he does get worried while preparing for them.

“I put pressure on myself to be fit.

“If I’m getting tired in training — while running or hitting the bags or sparring — I’m thinking ‘what if I feel like this in the ring?’”

Nqothole has boxed a total of 30 rounds in his nine paid bouts‚ compared to his opponent’s 114 from 13 wins‚ nine losses and four draws.

“He’s a puncher‚” Nqothole says of his opponent.

And it could take him one step closer to his dream.