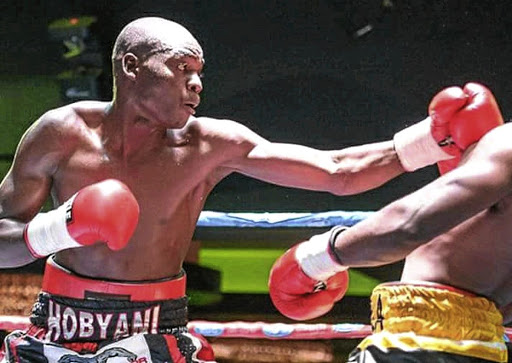 That's because veteran promoter Rodney Berman wants Hobyane and Campbell to oppose each other for the vacant SA super middleweight belt in the "Reach for the Stars" tournament on August 10.

Hobyane is rated No 1 while Campbell is in third spot. The title was vacated by Ryno "The Lion" Liebenberg due to lack of challengers, and he actually dropped down to the super middleweight class where he is now rated No 2.

Hobyane, from Malamulele in Limpopo, has fought only 10 times since 2013. He last saw action in June last year when he stopped Christian Okeke in one round.

"I will definitely be at Emperors Palace to watch Rowan on Saturday. I want him to win but even if he loses it must not be by a knockout because then our fight on August 10 may not happen."

The 29-year-old trained by Steven Castle, said most boxers run away from him. "This has left me an unhappy man because I am not making progress as a fighter and also unable to make money."

His main source of income is through personal training.

The match between Campbell and Sujashvili will form part of Golden Gloves' "Bombs Away" bill headlined by the vacant IBO welterweight championship between Thulani "Evolution" Mbenge and Diego Chaves of Argentina.