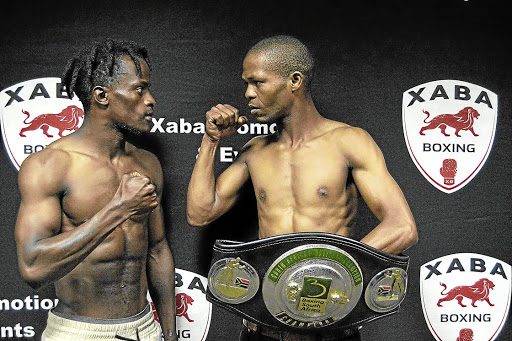 "We have a line-up of young fighters, some of whom are still at school. We have prepared eight bouts, mostly grudge fights, and surely religious boxing followers will converge at Orient Theatre for this special day," said Matiti.

Matiti, who trades under the banner of Xaba Promotions and Events, will stage the tournament in conjunction with Buffalo City Metro and SuperSport. The man who was voted Boxing SA 2017 Promoter of the Year said his tournament will begin at 2pm.

Boxing SA does not recognise the newly elected executive of the Eastern Cape Boxing Promoters Association.
Sport
2 years ago

Topping the bill will be Thembelani Nxoshe from Mdantsane, making the mandatory defence of his SA flyweight title against Nhlanhla "24" Ngamntwini from Duncan Village. Nxoshe beat Ngamntwini on points in their 10-rounder in December.

In the main supporting bout, Bongani Silila will also make the mandatory defence of his SA junior flyweight title against Luyanda Nkwankwa.

The two fought to a draw in 2016, and Silila retained his title by virtue of being a champion. Matiti has also included a junior flyweight six-rounder between prospect Ntlantla Tyirha against Sabelo Nkosi from Chicken Farm.

Sibusiso Bandla from Mdantsane has been matched with Mzukisi Mthalane from Cape Town in a mini flyweight over six rounds. Former SA mini flyweight champion Siphamandla Baleni will take on Loyiso Ngantweni.