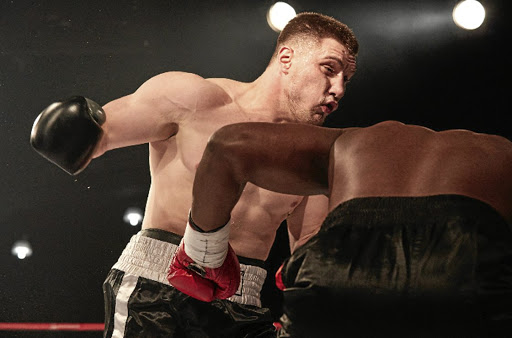 Vladyslav Sirenko adds some class to the May 25 boxing bill.
Image: Ssupplied

South Africa has to pin its hopes on Ukrainian-born heavyweight boxing prospect Vladyslav Sirenko for a grand representation in the "Africa Rising" international tournament that will be part of the celebrations of the inaugural SA Boxing Convention on May 25.

That is purely because of Boxing SA's laughable choice of fighters to represent SA at the Portuguese Hall, south of Johannesburg. They are Willis Baloyi, Matshidiso Mokebisi and Smangele Hadebe.

The impression is that these are local shining stars, when the country has many hot prospects who, if given the opportunity, would make BSA proud on the night.

There are boxers like Sikho "Sequence" Nqothole, Roarke Knapp and Bukiwe "Anaconda" Nonina who reflect South Africa's boxing stocks for the future.

Of the three chosen fighters, Hadebe, a five-fight novice, is the only deserving appointee.

Sirenko is the 23-year-old former European amateur champion who is based in Meyerton, south of Johannesburg. He is trained by American James Ali Bashir, who hones the skills SA heavyweight champion Ruann Visser.

Sirenko turned professional under Bashir in Durban where he knocked Emmanuel Mnengi out in one round in May last year. He remains undefeated after six fights, with five knockouts.

He will fight Alick Gogodo of Malawi next.

The tournament will be organised jointly by the national Department of Sports and Recreation, Boxing SA and the African Union Sport Council Region 5.

The six-bout card will be presented by Cape Town-based Kalakoda Boxing Promotion.

Its marketing director Jeremy Bean said: "Sport, and boxing, has no borders and this convention is a fantastic step to galvanise Pan-African boxing."

Kwese Sports will broadcast the event and all bouts, which are six-rounders.

South Africa will host 15 countries in the region at the two-day convention at the Birchwood Hotel in Boksburg on May 23.